Pandemonium prevailed in the House as it began despite Parliamentary Affairs Minister Nilkanth Singh Munda saying that Chief Minister Raghubar Das had set up a probe committee immediately after receiving the information. 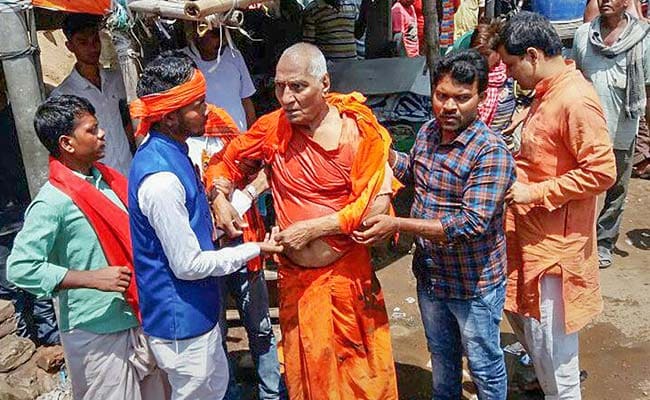 Pandemonium prevailed in the House as it began despite Parliamentary Affairs Minister Nilkanth Singh Munda saying that Chief Minister Raghubar Das had set up a probe committee immediately after receiving the information.

Such things should not happen in a democracy, Mr Munda added.

When the opposition continued their slogans and trooped to the well demanding action against the guilty, the minister asked why the opposition did not brought the issue of (June 19) Khunti gang-rape case, triggering noise scenes by the opposition members by the JMM, the Congress and the Jharkhand Vikas Morcha (Prajatantrik-JVM).

The opposition members also held placards in support of their demand, which were seized by the ward and watch staff of the House.

Leader of the opposition Hemant Soren, Congress MLAs and other opposition MLAs continued the pandemonium.

Speaker Dinesh Oraon said that the adjournment motion moved by Jharkhand Vikas Morcha (Prajatantrik) MLA Pradip Yadav over the issue was rejected following the ministers statement in the House that a probe team was set up.

Asking the members to allow the question hour, the Speaker requested the members repeatedly to bring the House in order.

When the House did not come in order he adjourned the House first till 12:45 PM and latter when it reassembled amid continued din the Speaker adjourned the proceeding till 2 PM.

Swami Agnivesh, a nationally prominent 79-year-old social activist known for his work against bonded labour, was slapped, kicked around and verbally abused in Jharkhand's Pakur town yesterday by a mob, which he said belonged to BJP-affiliated youth groups who accused him of speaking against Hindus.

Jharkhand Urban Development Minister C P Singh while talking to reporters outside assembly made a scathing remark on Swami Agnivesh branding him as "fraud" and a "foreign agent".