In Surat, Garba With Helmets To Create Awareness On Road Safety

This year, Navratri is being celebrated in the most unique ways possible! Adance group on Sunday performed Garba wearing helmets to create awareness on road safety at Surat's VR Mall. 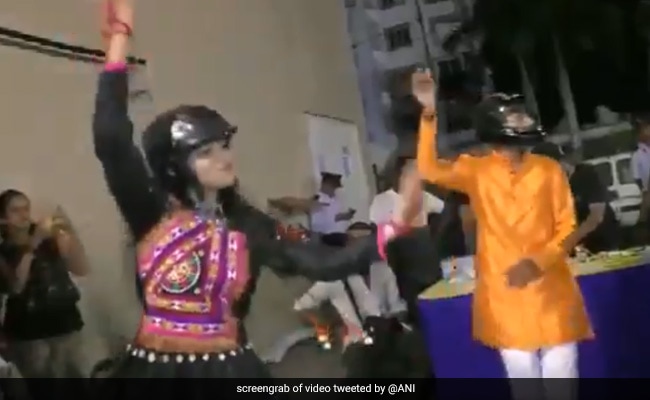 It seems that the Navratri festival is being celebrated this year in the most unique ways possible. On Sunday, a dance group performed Garba wearing helmets to create awareness on road safety at Surat's VR mall.

"Wearing helmet, seat belt is for one's own safety and it should be followed by all. It should not be a forceful act by the government as it does not benefit them in any way. People should make it a habit to wear a helmet and seatbelt so that they can enjoy all the festivals for a longer time in their life," the group members said.

Meanwhile, body paint tattoos have also become a part of Navratri celebrations. Youngsters in the city were seen getting themselves inked with tattoos based on relevant social issues.

While some women got their back painted with tattoos on Article 370 and Chandrayaan-2, some inked themselves with tattoos featuring Prime Minister Narendra Modi and US President Donald Trump during preparations for Navratri.

Fire In Mumbai Restaurant, None Hurt