The Patiala police provided strict security arrangements and maximum security personnel on the occasion of the marriage in the Nabha Jail. 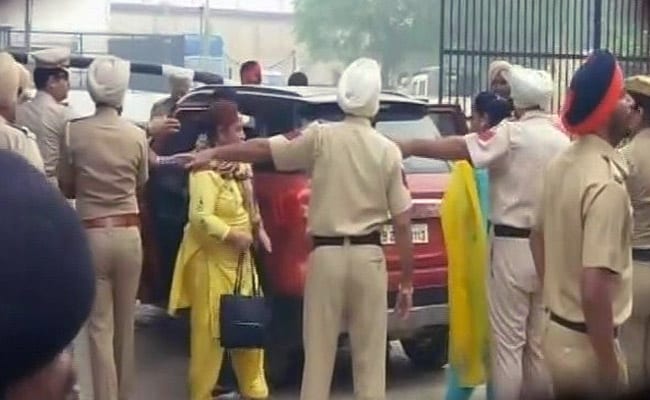 A high-security jail in Punjab witnessed the wedding of a murder convict with his finance on Wednesday. Authorities at Nabha maximum security jail also arranged a priest to solemnise the wedding of Mandeep Singh, who is serving a life sentence in a double murder case. This is the first time a marriage ceremony was organised inside the high security Nabha jail in Patiala district.

The wedding was solemnised as per the orders of the Punjab and Haryana High Court, which had last week directed the jail administration to make all the necessary arrangements inside the jail premises.

"The decision for this marriage has come directly from the Haryana and Punjab High Courts. The wedding took place in the Gurdwara Sahib in the jail campus," Nabha jail Superintendent Ramanjeet Singh Bhangu was quoted as saying by news agency ANI.

Mandeep Singh, who is serving life sentence for the murder of a sarpanch in Moga district, had approached the court after he was denied parole to solemnise his marriage with Pawandeep Kaur in July. Last week a double bench of Justice Ajay Tiwari and NS Gill directed the jail administration to make all the arrangements inside the jail premises and allowed the families a window of six hours.

The bride arrived at the jail premises at 9 am on Wednesday and their marriage was solemnised by the priest at a gurudwara inside the jail.

The Patiala police provided strict security arrangements and maximum security personnel on the occasion of the marriage in the Nabha Jail.

"The District police of Patiala has made elaborate arrangements for the marriage. Around 25-30 additional personnel were deployed for security," DSP Varinderjeet Singh Thind said.