He Complained To Cops About A Jam, Ended Up Managing Traffic For 2 Hours

The man, Sonu Chauhan, was apparently caught in a traffic jam at the Subhash intersection in Ferozabad on Tuesday. 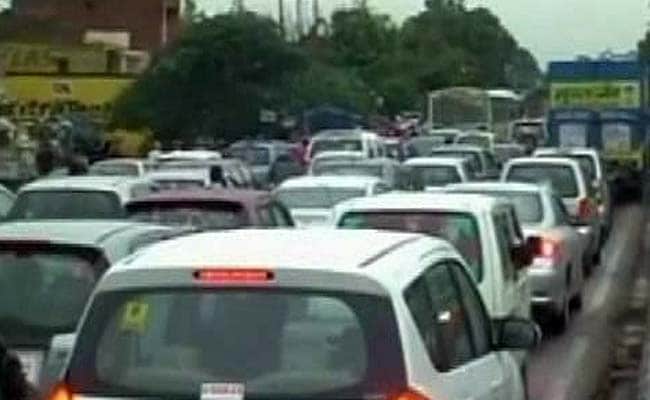 The man went straight to the Superintendent of Police to complain about the situation. (FILE)

A man who went to complain about traffic chaos was instantly asked to manage traffic for two hours.

The man, Sonu Chauhan, was apparently caught in a traffic jam at the Subhash intersection in Ferozabad on Tuesday.

The exasperated man went straight to the office of the senior police officer to complain about the situation.

Senior police officer Sachindra Patel, instead, asked Sonu to manage the traffic for two hours and designated him as 'traffic volunteer' in the rank of circle officer.

Sonu wore a traffic safety vest and helmet, sat in a police SUV, with several other policemen accompanying him and went about managing traffic at the intersection.

Ferozabad traffic inspector Ramdutt Sharma, who accompanied Sonu, said, "Challans were issued to eight vehicles, for wrong parking and for driving on the wrong side of the road.

A total of Rs 1,600 in cash was collected as fine. The remaining fine amount would be paid by the offenders at the traffic office. We will continue with this experiment and ensure better community participation in improving traffic situations. We followed Sonu's commands for two hours and effectively regulated traffic flow and managed to decongest the road."

Sonu said, "The experiment has made me understand the problems of traffic constables and the problem that arises when we, members of the public, flout rules. If one vehicle takes a wrong turn, the entire system gets thrown out of gear. I have definitely become a more responsible citizen after this experiment."

IIT Bombay Announces Closure Due To Coronavirus, Hostels To Vacate By March 20