Chief Conservator of Forests, Junagadh Wildlife Circle, DT Vasavada, said strict action would be taken against those found harassing lions in the state. 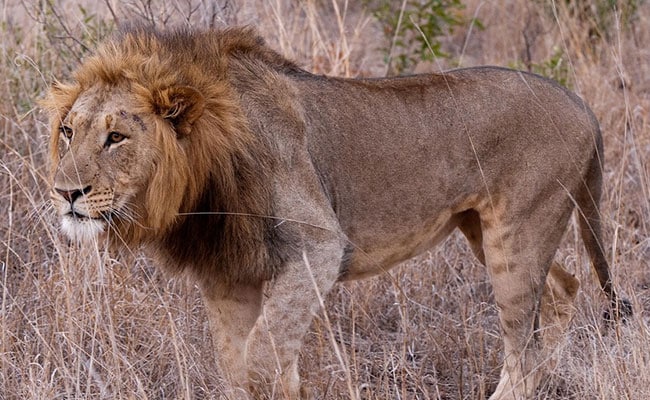 In 15-second clip a man was seen dragging the carcass, apparently cattle, tied to bike (Representational)

A person was detained in Gujarat on Thursday after a video surfaced in which a man was purportedly seen dragging an animal carcass behind his motorcycle apparently to lure a lion, a forest official said.

Taking serious note of the incident, Chief Conservator of Forests, Junagadh Wildlife Circle, DT Vasavada, said strict action would be taken against those found harassing lions in the state.

In the nearly 15-second clip, which went viral on social media platforms, a man was seen dragging the carcass, apparently of a cattle, tied to his two-wheeler with the help of a rope.

Lured by the bait, a male lion was then seen appearing from the bushes and chasing the carcass for some distance. Some persons standing at a distance and recording the video could be heard cheering the man on the bike when the lion came out of the bushes. On learning about the incident, the state forest officials launched an inquiry into it.

"A person allegedly involved in the incident has been detained for questioning," Vasavada said.

He said the video was shot two to three days back near a small forest patch in the state's Amreli district.

"We have identified and detained one person who was involved in it. We are probing if it was done just for fun or an illegal lion show was being organised. We will take strict action against those involved in harassing lions," he said.

Gujarat, the last abode of Asiatic lions, is home to around 600 lions in Gir wildlife sanctuary and surrounding areas, as per the latest estimate by the forest department.