Ten fire tenders are at the spot trying to douse the flames at the Bhilai Steel Plant in Chhattisgarh. 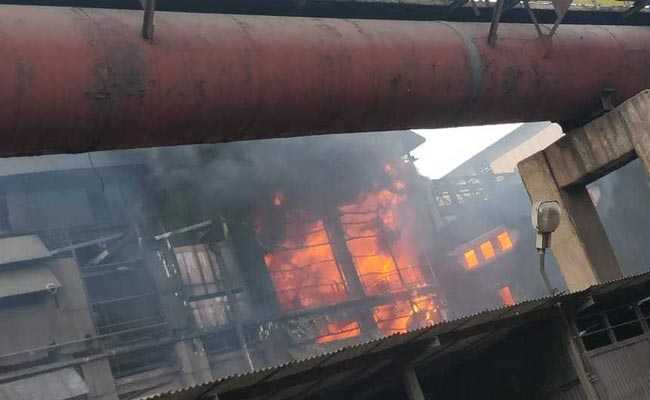 The cause of the fire is not yet known.

A major fire broke out this morning at the Bhilai Steel Plant in Chhattisgarh, about 30 km away from state capital Raipur.

Ten fire tenders were rushed to the spot trying to douse the flames and the blaze has now been controlled.

In official statement, the Bhilai Steel Plant said that the cause of the fire is being investigated. "The fire broke out at 8.30 AM this morning. Immediately, the fire tenders were rushed to the site. There has been no loss of life or any injury. The reason for the fire is being probed," the statement read.

"The fire was reported at Tar Distillation Unit of the Bhilai Steel Plant in its Coke Ovens and Coal Chemicals Department at 8.30 AM this morning. Immediately, the fire tenders were rushed to the site and the fire has been controlled with greatest promptitude," the official statement by the steel plant operated by the state-run Steel Authority of India Limited (SAIL) read. SAIL is India's largest steel maker.

There was no loss of life or property, it further said.

Last year, in October, 14 people were burnt to death in a blast at this steel plant. Five years ago, in June 2014, six workers at the steel plant died in an explosion in the blast furnace.