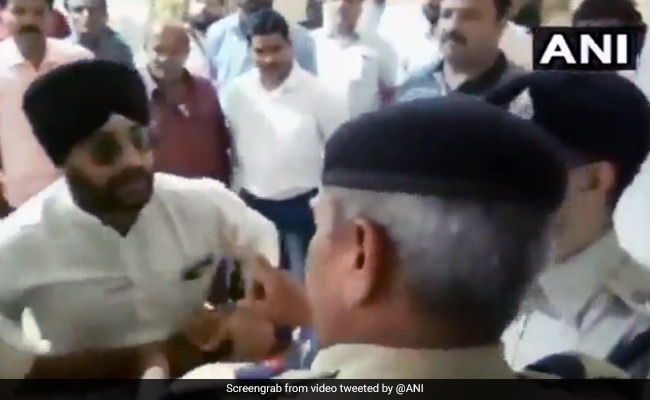 Congress leader Sunny Rajpal has denied of any such incident

Sunny Rajpal, a Congress leader from Indore, was caught on camera misbehaving with a police officer in the city today.

The incident took place when Mr Rajpal was denied entry to a meeting chaired by Public Works Department Minister Sajjan Singh Verma held in the city.

The video, which has been widely shared on social media, shows the lawmaker engaged in an argument with a police officer posted on duty at the meet.

Mr Rajpal introduced himself to the policeman, but was still denied entry. He then pushed the officer and forcibly entered the meeting.

However, the Congress leader has denied of any such incident. "There was no such assault. I was just not allowed to enter the meeting," Mr Rajpal said.

"I was in the meeting. I went to the washroom for five minutes. When I reached the gate, I was denied to re-enter," he added.

Mr Rajpal said that there is no scope for any complaint to the authorities because there was no such assault.