Three teams of the forest department, including a special task force, tried to tranquilise the leopard, but apparently failed. 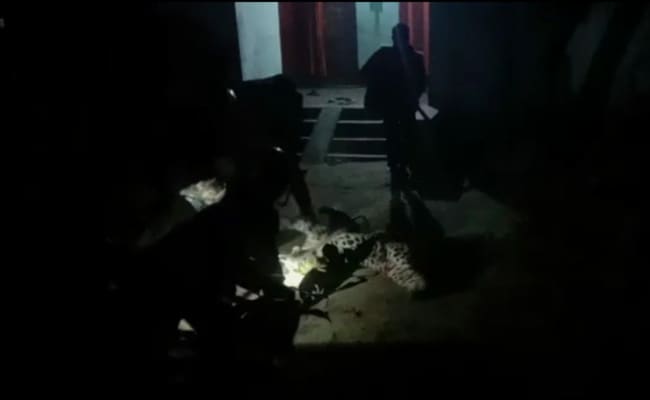 The leopard, possibly from Gangarampur tea garden, was lurking behind the Rangapani Cancer Hospital

In a shocking incident near Siliguri in north Bengal, an adult leopard was viciously beaten by forest workers and then shot dead. The incident took place on Wednesday evening at Phansidewa on Siliguri's outskirts.

The leopard, possibly from the nearby Gangarampur tea garden, was lurking behind the thickly wooded backyard of the Rangapani Cancer Hospital, when a man entered the area and was attacked and injured around 6:30 pm.

Three teams of the forest department reached the spot, including a special task force, to capture the leopard. They attempted to tranquilise it, but apparently failed.

After shooting the leopard with the tranquiliser, the range officer apparently was approaching the animal when it bit him on his ankle.

The forest workers then pounced on the leopard and started beating it with rods in a horrific manner, visible in a locally shot video that has gone viral.

In its statement on the incident, the forest department makes no mention of the thrashing. It instead says in a press note that, "the forest staff opened fire in self defence and in the process the leopard died."

The forest department has said the range officer is out of danger. The leopard had attacked two other persons who were also treated for minor injuries and are out of danger.