The doctored photograph, uploaded by one Manish Vijayvargiya, shows Mr Gandhi wearing a cap and sporting a beard, an official said. 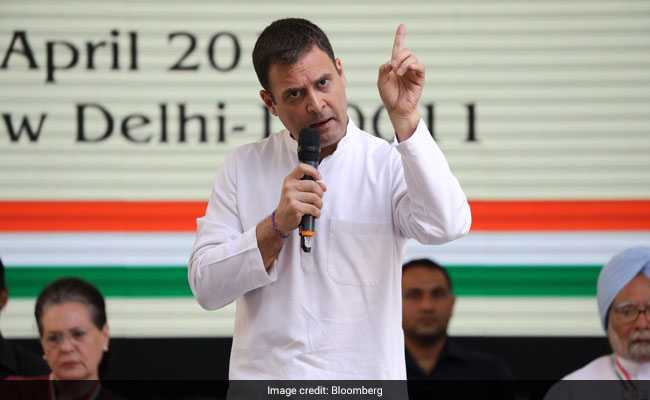 Ujjain district Congress IT chief had filed the complaint. (File)

A case was filed against a man in Madhya Pradesh's Ujjain district for allegedly uploading an objectionable doctored image of Congress president Rahul Gandhi on Facebook, police said Monday.

The doctored photograph, uploaded by one Manish Vijayvargiya, shows Mr Gandhi wearing a cap and sporting a beard, an official said.

After the image was uploaded on April 4, Ujjain district Congress IT and social media cell chief Sahil Dehelvi approached the police and filed a complaint.

The complainant contended that the doctored image had hurt him as well as other supporters of the Congress chief, police said.

After the complaint was made on April 7, a probe was carried out following which a case under section 188 (disobedience to order duly promulgated by public servant) of the Indian Penal Code was registered against Vijayvargiya, sub-inspector Tarun Kureel of Madhav Nagar police station said on Monday.

He said no arrest has been made in the case so far.