Read inOther Languages
This Article is From Apr 03, 2020

Coronavirus Lockdown: "Indeed the virus is dangerous and life-threatening but its outbreak made people focus on sanitation, hygiene and inculcate other good habits. Thus, we thought about these names," she said, giving reasons for their unusual decision. 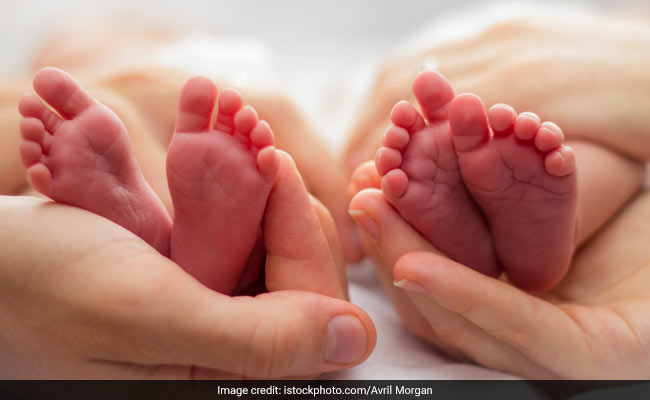 The COVID-19 pandemic caused by a new virus may have brought the world to its knees, but that has not deterred a couple in Chhattisgarh to name their newborn twins as 'Corona' and 'Covid'.

The two words may evoke fear and devastation in minds of others, but for the Raipur-based couple they symbolise triumph over hardships as the twins - a boy and a girl - were born during the ongoing coronavirus-enforced nationwide lockdown which has disrupted normal life.

The names, they said, would remind them about all the hardships they conquered amid the lockdown, ahead of a successful delivery on the intervening night of March 26-27 at a government hospital in Raipur.

However, the couple said they may change their decision later and rename their kids.

I was blessed with the twins - a boy and a girl - in the early hours on March 27. We have named them Covid (boy) and Corona (girl) for now," Preeti Verma, the 27-old mother of the newborns, told news agency Press Trust of India.

"The delivery happened after facing several difficulties and therefore, my husband and I wanted to make the day memorable."

"Indeed the virus is dangerous and life-threatening but its outbreak made people focus on sanitation, hygiene and inculcate other good habits. Thus, we thought about these names," she said, giving reasons for their unusual decision.

"When the hospital staff also started calling the babies as Corona and Covid, we finally decided to name them after the pandemic," she said.

The couple, originally from Uttar Pradesh, reside in a rented house in the Purani Basti area of the state capital.

"On late night of March 26, I suddenly experienced severe labour pain and somehow my husband arranged an ambulance operated under 102 Mahtari Express service. As no vehicular movement was allowed on roads due to the lockdown, we were stopped by police at various places but they let us go after noticing my condition," Ms Verma said.

"I was wondering what would happen in the hospital as it was midnight, but fortunately doctors and other staff were very cooperative," she said.

"Our relatives, who wanted to reach the hospital, could not make it as bus and train services were stopped due to the lockdown," said Ms Verma, who already has a two-year-old daughter.

The twins were born in Dr BR Ambedkar Memorial Hospital.

Public Relations Officer (PRO) of the hospital, Shubhra Singh said, the mother and the newborns were discharged recently and they were in good health.

As soon as Ms Verma reached the hospital with her husband, arrangements were made to perform a caesarean section on her as it was a complicated case, Ms Singh said.

"Within 45 minutes of their arrival, the delivery was done successfully," the PRO said.

The twins had become a centre of attraction in the hospital after the couple named them as Covid and Corona, Ms Singh said.