Journalist's Body Found Hanging From A Tree In Uttar Pradesh

Rakesh Aggarwal, a journalist working with a national Hindi newspaper has been found hanging from a tree in Uttar Pradesh's Amroha district. 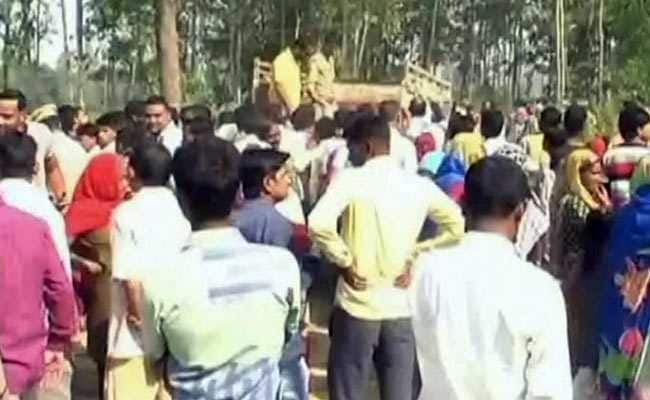 Uproar in Amroha after body of a journalist's body found hanging from a tree.

The body of a journalist working with a national Hindi newspaper has been found hanging from a  tree in Uttar Pradesh's Amroha district on Monday. The incident has led to an uproar among the residents who allege that a local school manager is behind his death. While the police have recovered a suicide note from his pocket, relatives say that he was murdered and then hanged.

Rakesh Aggarwal had gone missing on Sunday evening and was last spotted on his bike with Shyam Giri, the manager of a local school. His brother has alleged that Giri killed him and then hanged him on the tree to make it appear like a suicide. Rakesh had a loan of around Rs 1 lakh and there was some money exchange involved with Giri, the brother said.

Police officer Ajay Kumar said that though it looks like a case of suicide, they will not rule out family's murder allegations. "We have sent Rakesh's body for post-mortem and will advance in our investigation based on family's complaint," he said.