Witnesses said there were as many as 40 people travelling in the trolley when the accident took place. 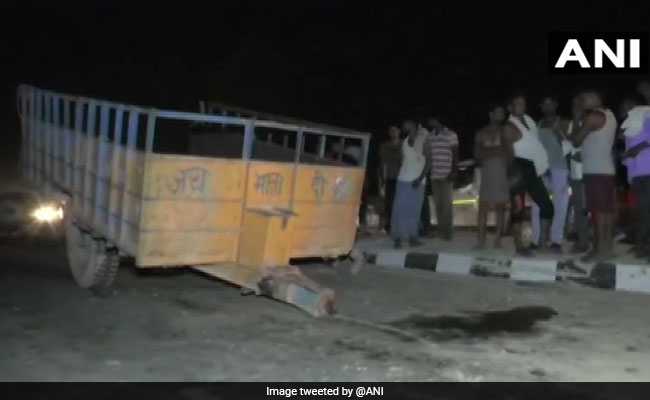 The injured were immediately rushed to the district hospital.

Six people died and at least seven others were injured after the vehicle they were travelling in met with an accident in Tedwa Chilaula area in UP's Sitapur late on Monday night.

According to police, the victims were travelling in a tractor-trolley to attend a wedding, when a speeding oil tanker hit them from behind.

The injured were immediately rushed to the district hospital. Three critically injured people were later referred to the trauma centre in Lucknow for further treatment, the police said.

"A major accident has taken place due to a collision between a tanker and a tractor-trolley. Unfortunately, six have died so far. Seven people are injured. Teams of medical and police have been pressed into action," Sitapur SP LR Kumar said.

Witnesses said there were as many as 40 people travelling in the trolley when the accident took place.