3 Killed, Car's Roof Torn Off In Accident On Mumbai-Ahmedabad Highway

The impact of the crash was so severe that the roof of the Fiat Linea was nearly torn off the rest of the body. 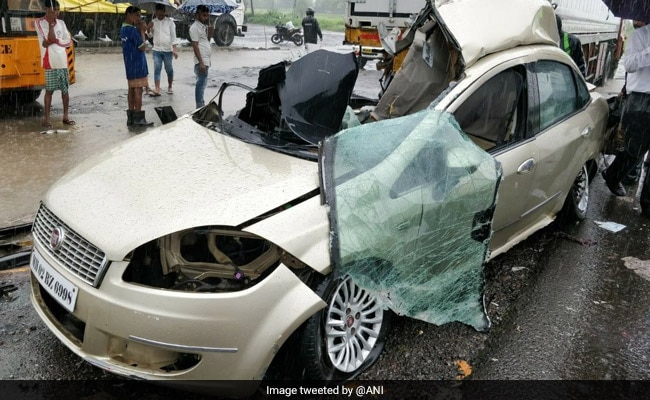 New Delhi: Three people were killed today after a car they were travelling in collided with a truck on the Mumbai-Ahmedabad highway, reported news agency ANI.

The accident took place near Palghar in Maharashtra.

The impact of the crash was so severe that the roof of the Fiat Linea was nearly torn off the rest of the body.

The photo of the car suggests it collided with the truck from the driver's end.

The windshield of the car ripped off on impact, and the headlights broke too.

The police said an investigation into the accident is underway.

There have been several instances of road accidents on the highway. In June this year, a driver and a 16-year-old were killed after the bus they were travelling from Gujarat to Goa in, rammed a trailer parked on the highway. In April, three people died on this highway after their car fell 10 feet after veering off the road.

Promoted
Listen to the latest songs, only on JioSaavn.com
The National Highway 8, of which the Mumbai-Ahmedabad highway is a part of, has more than 45 spots which have been identified as accident prone zones.

Reports suggest over 400 people die every day in road accidents in the country every day.

Delhi To Soon Have Mega Liquor Vends With Tasting Rooms