No Protests At Chennai's Marina Beach, Says The Supreme Court 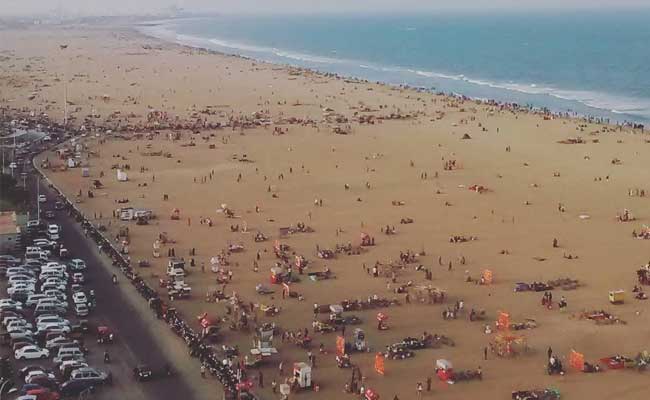 No protests at Chennai's Marina Beach, says the Supreme Court

The Supreme Court on Monday upheld Madras High Court's order banning protests at Chennai's Marina Beach. The top court dismissed a farmer group leader, P Ayyakannu's appeal against a high court order, that said, "it is a tourist place and if protests are allowed it will create law and order problems."

The Tamil Nadu government wanted a ban on protests at Marina Beach, after several incidents of flash protests on the beach became a law and order nightmare for the police.

The Madras High Court had in September upheld the Tamil Nadu government's decision to prohibit protests at the beach. In its order, the court had observed that the 'beach can't be used for agitations as a public order is equally important'.

In April, a flash protest at Marina beach on the Cauvery dispute went out of control, injuring several protesters. Earlier in January 2017, more than 30,000 pro-Jallikattu protesters had gathered along the Marina beach for more than a week, demanding lifting the ban on the controversial bull-taming sport of Jallikattu. The protests ended in violent clashes as police attempted to evict the protesters.

The Chennai Corporation on November 24, also declared major parts of the beach a 'no vending' zone. Eleven vending bays were created and shop owners were told to shift.