Cats, Dogs And Techies On Office Floor Are Usual Sight At Chennai Startup

At the office of Pickyourtrail, the staff are allowed to bring their pets to work 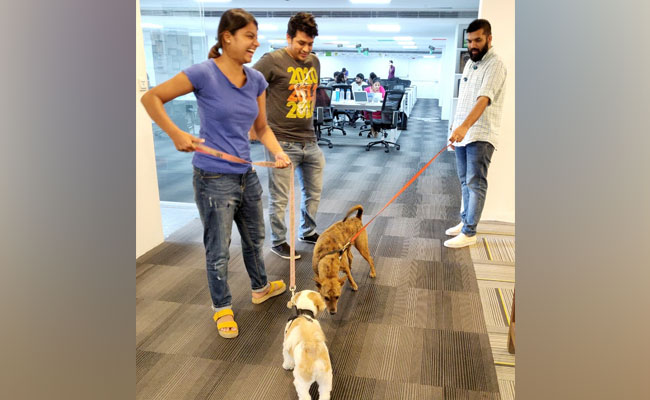 Employees at Pickyourtrail's Chennai office with their pets

Tweaking its workplace culture to draw the best talent, a travel startup in Chennai has made its 11,000 sqft office pet-friendly, drawing inspiration from the likes of Google and Facebook. Taking advantage of the red carpet for pets, many employees come to office in pairs with their pets - cats and dogs.

At the office of Pickyourtrail, 32-year-old Samy often has his eight-year-old mongrel Donny under his legs, enjoying his friend's company as he works on his laptop.

Welcoming the changing work culture, the head of the design team says his dog is a great stress buster. A cuddle, he adds, magically refreshes him. "My dog brings a great deal of peace. He helps me to refocus. The pet friendly work space is a more egalitarian set up," says Samy.

During breaks, the two chill out with fellow colleagues parading their four-legged friends at common areas. 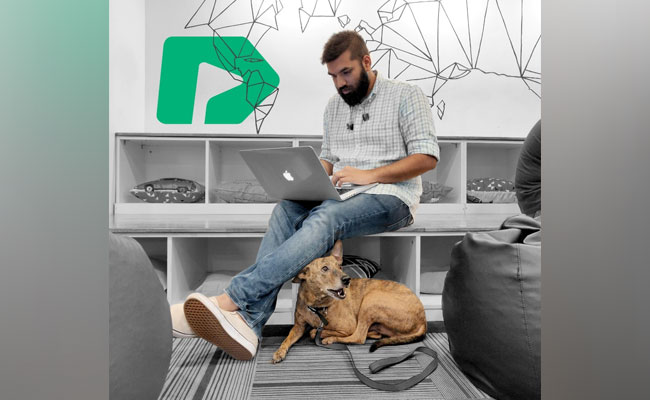 Sahyujyah Shrinivas, an engineer, says she said yes for the job offer only when the bosses allowed her dog to come to work with her. She brings her Shih Tzu dog named Liri, who sits on a chair next to her daily.

The 27-year-old lives alone in the city and she says she would go through trauma if she were to leave her dog home alone. Her canine friend also helps her to make friends with many as almost everyone passing by stops to see the pet. "We are working to make a vision come true. This helps me to be myself," she says.

Pet owners have to ensure their animal friends do not create any nuisance. It's not only dogs that walk into the office.

Vibha, a sales trainee, brings in one of the eight cats she has at home. "That's the only one who's very friendly and settles anywhere. Her very sight cheers me and brings relief," she says.

The company's co-founders Srinath and Hari say they are pet-friendly. The new policy has made office breaks more fun with the pets prompting social conversations among the nearly 200 team members.

They first got permission from landlords and neighbours, besides sensitising pet owners to respect those who may be afraid of pets or allergic to them. However, they say so far no complaints have come, although seven staff regularly bring pets to work.

"The common thread, love for animals brings many together. When a pet owner has a meeting, others come forward to take care of them. In course of time, I'm sure this policy would also help us draw the best talent, particularly among millennials," Srinath says.