The accused was seen in a CCTV footage released by the channel, Sathiyam TV, carrying a sword and a shield and damaging properties. 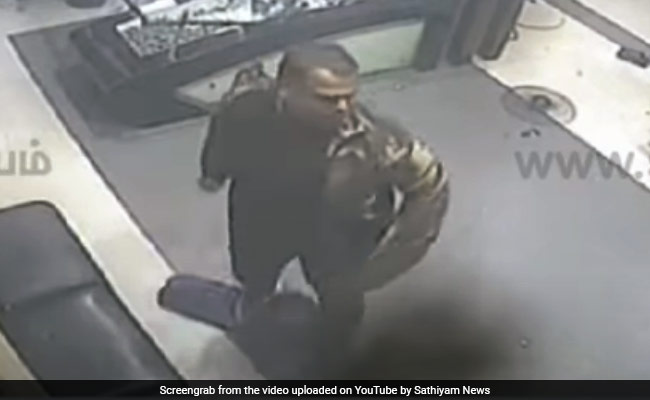 Sathiyam TV's managing editor claimed he was the target.

"He entered the office premises through the car parking area. He carried the weapons in a guitar bag," the channel's managing director, Isaac Livingstone, told NDTV.

Mr Livingstone claimed he was the target. He said the man, now arrested, kept asking for him and “he thought I was safely locked in a room.”

On whether there was any possible trigger or motive behind the attack, he said, "We did not do any story against any individual. We don't know what's behind this".

Senior police officers in Chennai could not be reached for a comment. However, a policeman at the Royapuram police station confirmed that the accused has been identified as Rajesh Kumar. He said investigation is on in the case.

“Rajesh is originally from Coimbatore but had moved to Gujarat. He had come driving his car all the way,” claimed Mr Livingstone. NDTVcould not confirm this with the police.

The Chennai Press Club has condemned the attack. Mr Bharathi Tamilan, joint secretary, Chennai Press Club, has appealed to the Tamil Nadu government to enact a law for the safety of journalists and their offices.

Sathiyam TV is promoted by Mohan C Lazarus, an evangelist.