With the help of internet and YouTube he has learned a plethora of languages and this unique talent of his is attracting a lot of attention. 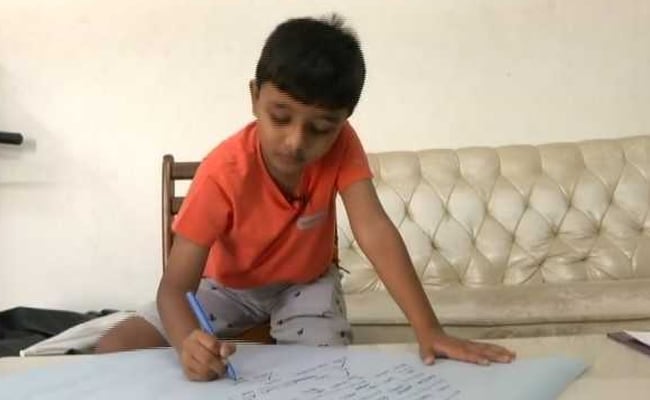 This child prodigy is also teaching pronunciation skills to his parents.

Eight-year-old Niall Thoguluva from Chennai can read and write as many as 106 languages. With the help of internet and YouTube this polyglot has learned a plethora of languages and this unique talent of his is attracting a lot of attention.

He has also learned the International Phonetic Alphabet (IPA), which is a universal way to transcribe the sound of any spoken language to know its pronunciation.

He said, "I do not know how my interest in languages began. I can read and write over 106 languages and can fluently speak 10 languages. I am currently learning five new languages."

This child prodigy is also teaching pronunciation skills to his parents.

Niall Thoguluva's father, Shankar Narayanan, praised his son's efforts to master over hundred languages at such a tender age. Mr Narayanan said, "Last year, he started developing an interest for new languages and from there he took a great leap. Making use of the internet, he started learning one language after another."

(Except for the headline, this story has not been edited by NDTV staff and is published from a syndicated feed.)
Comments
Niall ThoguluvaChennai boy Niall Thoguluva