Danish Man's Search For Birth Parents Brings Him To Chennai. He Needs Help

David Kindendal Nielsen has managed to locate a man whose name, age and even a physical disability feature match with his biological father Kaliamurthy. However, the man has reportedly denied giving up his children for adoption 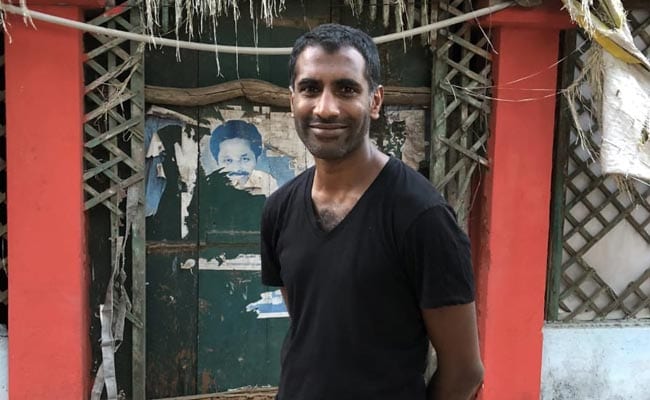 David Kindendal Nielsen is a bond trader from Copenhagen.

Chennai: A 40-year-old Indian-born Danish man has returned to Chennai to trace his biological parents who reportedly gave him and his brother up for adoption when he was just an infant. A man who he believes could be his father has reportedly told him "not me". But he hasn't lost hope.

David Kildendal Nielsen, a bond trader from Copenhagen, has all the relevant documents, including the affidavit by his mother granting guardianship to his adoptive parents.

He has managed to locate a man whose name, age and even a physical disability feature match with his biological father Kaliamurthy. However, the man has reportedly denied giving up his children for adoption. The man's wife isn't his mother Dhanalakshmi, he knows, but believes that she could have been his first wife, estranged or separated.

David, who was named Santhakumar by his parents, says, "I've always been curious to meet my biological parents. My adoptive parents have all along been transparent about my adoption and promised support if I ever wanted to return to India."

Six years ago, he learnt about his elder brother and as luck would have it, he traced Martin Manuel Rasmussen in Denmark. The brothers then decided to find their parents.

However, the actual search for his parents began in 2013 when he visited his friends, a Danish couple, who had moved to Chennai for work. "I felt at home, very comfortable. I didn't speak the language and yet I felt something," he says.

Now in India, assisted by a Pune-based lawyer and another Indian-born adopted friend from Germany, David is desperately looking for help from people who could speak to the man who he believes could be his father, and who would know anything about his family.

"I want to just see them and know who they are. I want to know where they are and if they are fine. I want to introduce my twin sons to their grandparents. I am not angry or anything," he says.
Comments
David Kindendal Nielsenbiological parentsChennai

Chennai-Alappuzha Express fire: Narrow escape for passengers, thanks to an alert guard