Chennai crude bomb attack: "Somebody save me, save me. I was returning from the court. They hurled a bomb," the woman, who is a lawyer, says in the video. 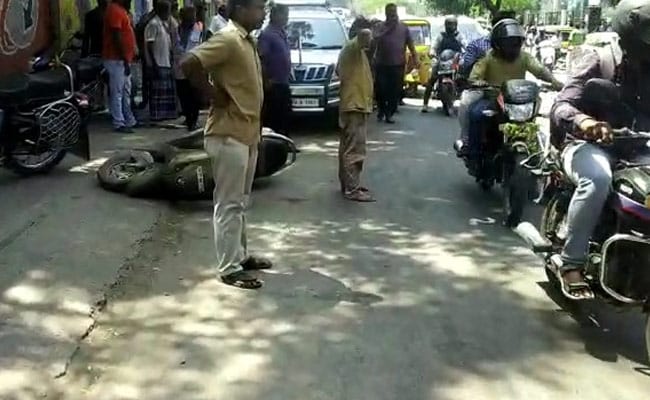 A 50-year-old woman and her son travelling in an auto rickshaw were injured in Chennai after a gang allegedly threw a country-made bomb at them. A video of the incident has gone viral on social media where the woman, Malar, with a cut injury on her shoulder, is seen pleading for help.

"Somebody save me, save me. I was returning from the court. They hurled a bomb," the woman, who is a lawyer, says in the video.

The attack has triggered tension as it comes a day ahead of Chinese President Xi Jinping's second informal summit with Prime Minister Narendra Modi. Security has been tightened in Chennai and the nearby coastal town of Mamallapuram which is hosting the summit.

The bomb attack took place in full public view near the popular Ritchie Street in the heart of the city. The woman and her son have been hospitalised.

Chennai police suspect this to be a case of gang rivalry as the victim is apparently the third wife of notorious goon Thottam Sekar who was killed years ago by a gang.

"We suspect gang rivalry behind this. They had used something like onion cracker," a senior police officer told NDTV.

Another video shows the auto rickshaw parked on the roadside and a shocked driver narrating the incident. "The passengers were seated in the vehicle, suddenly there was explosion," he said.

Police say investigation is on in the matter.