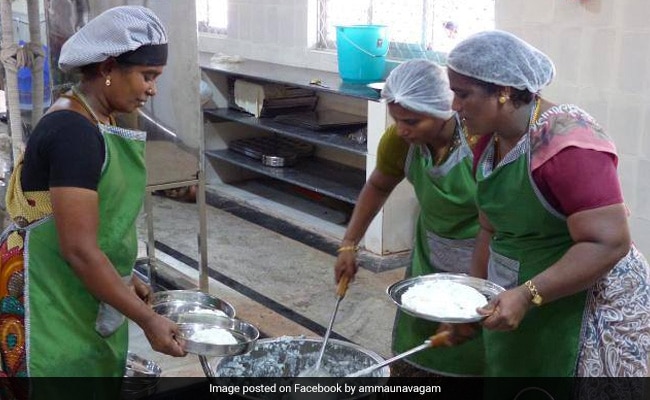 The Amma canteen concept was started by former chief minister J Jayalalithaa as a subsidised food programme for the public. It was an instant hit. The programme was seen as one of the best methods to provide good quality food at the lowest cost.

"Amma" is a popular moniker among supporters of Ms Jayalalithaa.

The municipal agency Greater Chennai Corporation will also serve food at flood-hit areas in the city, three times a day.

Till today, five people have died in rain-related incidents in Chennai and other parts of Tamil Nadu.

Chennai and suburbs in Chengalpet, Kancheepuram and Tiruvallur districts have seen intermittent rain since Saturday morning. Rain through Saturday night turned out to be the heaviest in recent years after the 2015 floods.

The Chennai Corporation has deployed 570 electric pumps to remove floodwater.

Since the start of northeast monsoon in October, Tamil Nadu and Puducherry have seen 46 per cent excess rainfall.