Chennai Engineers Develop Nozzles That Save Water By 95 Per Cent

Earth Fokus, the start up by four engineering graduates from Madras Institute of Technology was launched in 2017

A group of engineers have developed nozzles that help cut down wastage of water by ninety five per cent in Chennai. The nozzle's mist-like spray, which works using atomisation technology, reduces water flow on taps from 12 litres a minute to 600 millilitres a minute, saving at least 35 litres of water in a day.

With 40 per cent cut in piped water supply in Chennai, already seven thousand pieces have been sold.

Earth Fokus, the start-up by four engineering graduates from Madras Institute of Technology, was launched in 2017, but their product sale gathered momentum only over the last few months as the city started facing a severe water scarcity. 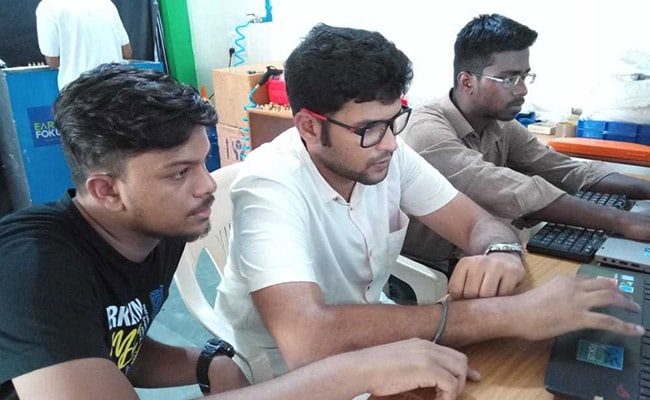 Earth Fokus, the start-up by four engineering graduates from Madras Institute of Technology was launched in 2017

Chennai has been facing a severe water crisis and there has been a 40 per cent cut in piped water supply as all four reservoirs outside the city have dried up.

Start-up founder Arun Subramanian's neighbour, Najeeba Zabeer, requested for a device that ignited the automobile engineer to design this. She ultimately became their mentor who also supported the venture financially. A corner at Mr Subramanian's father's automobile workshop on the East Coast Road has now turned into an office-cum-lab for the team.

The team says they would soon move into the incubation centre at IIT-Madras. "It was an accidental start up. It's a huge responsibility now. But now our vision is to save 100 crore litres of water every day by the end of 2020," says Arun.

"For a single hand wash we normally use 600 ML of water. According to UN, 350 ML is being wasted. If you use our product we use only 15 to 20 ML per hand wash," Mohamed Shakeel, sales head explained.

The nozzle for home use has a two-speed option. Divya Kumar, an entrepreneur based along the beach at Panaiyur, has installed a nozzle in her kitchen. There's no piped water supply in her area and the ground water table is fine at the moment.

"I don't want to take water for granted. Although this area is known for some lavish lifestyle we can't wait for water to stop. A beginning has to be made and I see this as a creative solution," she said. 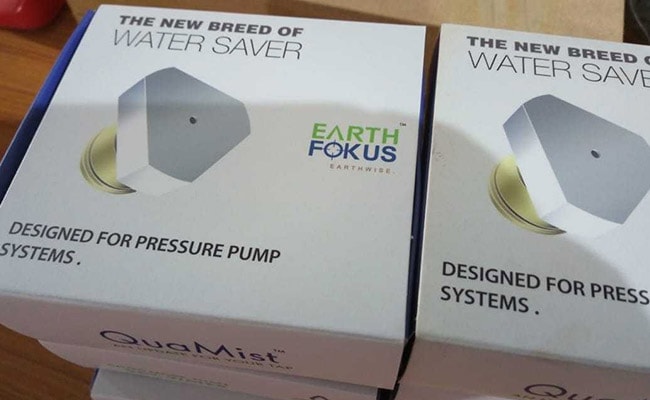 The nozzles installed into washbasin taps help in making best use of available water.

Under severe water stress, many IT parks are fitting these nozzles to washbasin taps. Many who had installed these as a pilot are reportedly planning to expand this to all their facilities.

One IT facility alone, the team says, saves 7,000 litres of water every day. "We have installed special nozzles into washbasin taps that helps us make the best use of available water. These nozzles reduce the water flow to a mist bringing down water consumption by 80 % and preventing wastage," IT major Cognizant claimed in a statement.

By saving each drop of water many hope will push the D-Day much further away, which according to India's think tank -- NITI AAYOG - is that Chennai could go totally out of ground water by 2020.