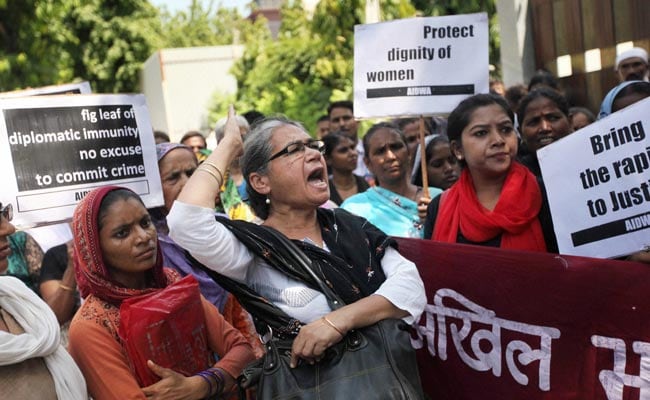 Activists of All India Democratic Womens Association shout slogans during a protest outside the Saudi Arabian embassy in New Delhi on Thursday. (PTI photo)

New Delhi: Saudi Arabia has still not responded to India's request to interrogate one of its diplomats, accused of raping two Nepali women who worked for him.