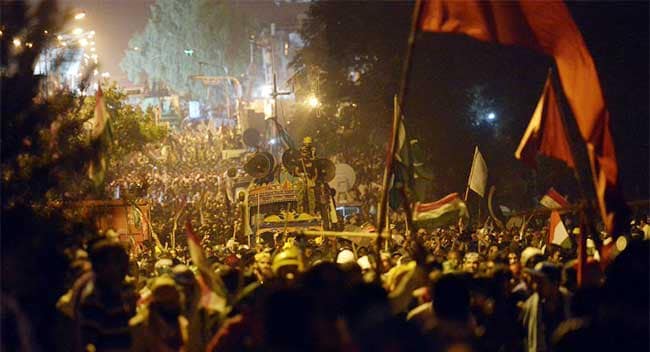 Supporters of Canada-based cleric Tahir-ul-Qadri march towards Parliament as they take part in an anti-government demonstration in Islamabad on August 19. (Agence France-Presse)

New Delhi: With opposition leader Imran Khan leading his 'Azadi march' to Parliament House early today and threatening to storm Prime Minister Nawaz Sharif's residence next, the Pakistani government is looking at ways to de-escalate the situation through dialogue. Mr Khan wants the PM to resign.