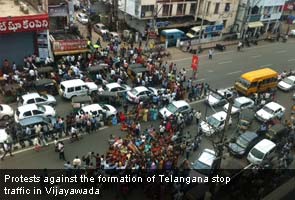 Hyderabad: At least four ministers from Andhra Pradesh have handed over their resignations to chief minister Kiran Kumar Reddy in protest against the Congress' decision to create a new Telangana state. Six party MLAs have also quit. There is a bandh in the entire coastal belt and in the southern region of Rayalaseema today. Protests have escalated in areas like Vijayawada, Tirupati and Anantpur.

Over 27,000 Coronavirus Cases In India In 24 Hours For First Time