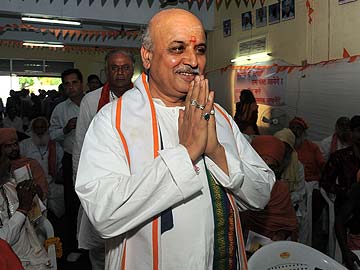 Bhavnagar, Gujarat: In a series of tweets this morning, Narendra Modi, the BJP's prime ministerial candidate, appeared to express firm disapproval of controversial remarks made recently by two leaders, one a member of his party, and the other a senior representative of the right-wing Vishwa Hindu Parishad or VHP.

Following are the top developments in this story: