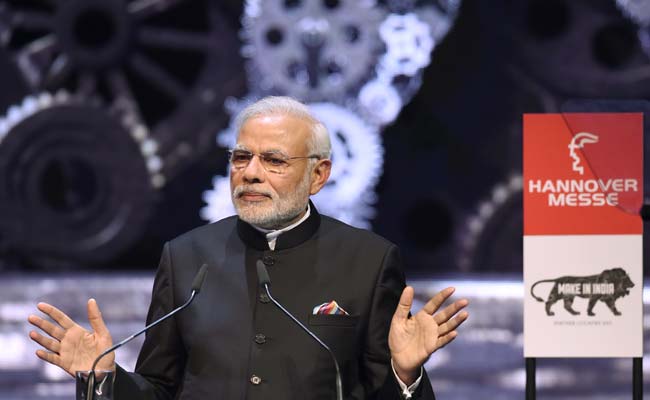 Hannover: Prime Minister Narendra Modi, who on Sunday promised global investors all possible steps to make it easy to do business in India at a gigantic trade fair in Hannover, Germany, today inaugurated the India stall. He will also interact with Indian CEOs.