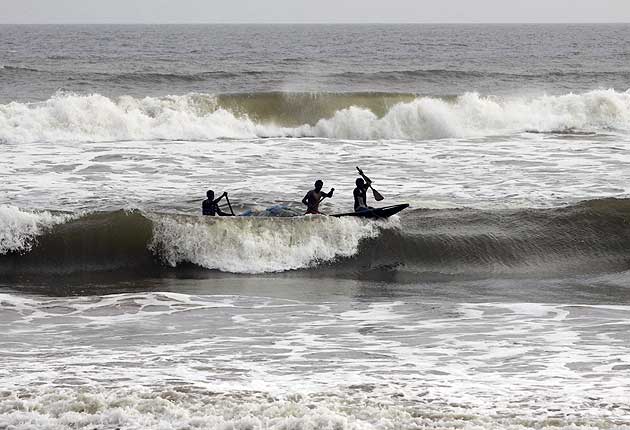 Bhubaneswar: Cyclonic storm "Phailin", classified as "very severe" by the weather department, is expected to hit coastal Odisha and Andhra Pradesh at around 5:30 pm on Saturday. In Odisha, officials fear the wind speed could touch levels higher than that of the deadly super-cyclone in 1999 when nearly 15,000 people died.