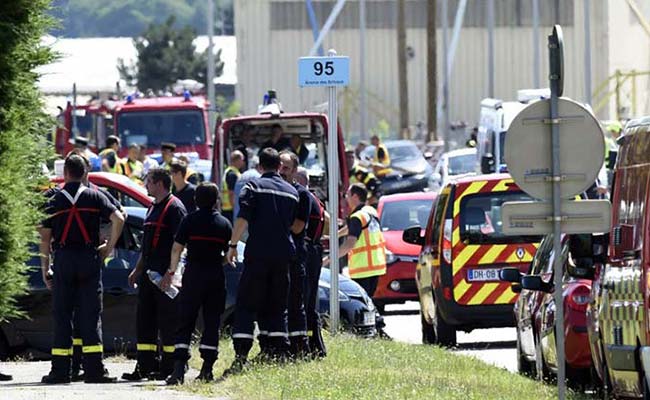 An attacker carrying an Islamist flag killed one person and injured several others at a gas factory in eastern France.

Saint-Quentin-Fallavier, France: A decapitated head covered in Arabic writing was found at a US gas company in southeast France on Friday, police sources and French media said, after two assailants rammed a car into the premises, Reuters reported.