Excerpt: "On Tiger Hill, Under Attack From Pakistan, How We Fought Back" 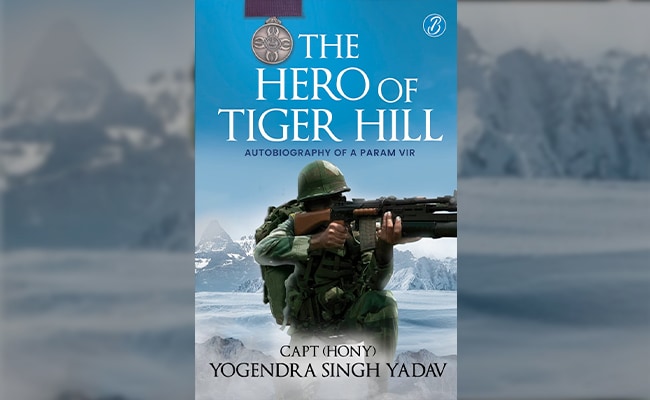 After fighting the enemy for such a long time, our ammunition was running out. We called out to our comrades below to send us fresh supplies. They did send us some ammunition tied in handkerchiefs, but we could not move even a single step this side or that side, being surrounded by the enemy.

Their bullets flew from over our heads. If we moved even a little or raised our heads, we could be hit by their bullets. So we were not even able to pick up the ammunition thrown up by our team below. Then we planned to kill the Pakistani soldiers close to us, hiding behind the rocks, so that we could use their ammunition.

We decided not to fire back at the Pakistani soldiers for a while. They were sure to come out from behind the rocks when we stopped firing to check if we were dead. We could take advantage of that. With this resolution, we took our positions behind rocks and hid ourselves well. The Pakistani soldiers fired at us for some time, but stopped when they did not hear any firing in response. There was a deadly silence on our side.

They kept watching the situation for minutes, wondering why we were not firing or making any sound. Finally, after waiting and watching for a long time, they emerged from behind the huge boulders. We were absolutely calm, watching them, almost holding our breath to not make a sound.

We saw that there was a very big rock in front of us. One by one, they were emerging from behind it. When they all stood there, right in front of us, all of us fired at them together. Except for one or two, all of them were killed instantly.

Taking advantage of the situation, we ran from behind the rocks to where their bodies lay and took away their weapons and ammunition. Then we took position behind the rocks again. We knew that now we would be attacked by a large group of soldiers. They would launch a big attack on us to avenge the death of their fellows.

We started making plans to foil that attack and defeat them.

We tried to make our position safe and secure from the firing of the enemy. We wanted to be in an attacking position as well. We had just started to implement our plan when heavy firing started again. Our work of securing the bunkers was left incomplete. We silently waited for them to come close to us.

I remember that while heavy firing was going on, we were not even in a condition to lift ourselves up. After firing for quite some time, the Pakistani soldiers stopped, thinking they had won. They cried, 'Allahu Akbar' and started throwing stones at us. Such big stones being thrown from the top of the mountain can be more lethal than bullets. Some were throwing grenades as well. We remained patient and calm, waiting for them to come close. We could sense from the sound of their footsteps that they were approaching us slowly. Since there was no sound on our side, they were coming closer fearlessly.

We had hidden ourselves in spaces between the rocks and were watching their movement closely. We wanted them to come in front of us so that they were totally exposed and had no place to hide. Then, we could kill them. The timing of the fire would be crucial if we wanted to kill them all in one go. We fully realized that this was a real battlefield and there was no scope of error. Of course it was easier said than done. It was obvious that they would fire three times more than us as they were more in number.

Somewhere, we knew this could be our last few minutes, but we wanted to kill the maximum number of Pakistani soldiers before our breath left our bodies.

Suddenly, a grenade hit the light machine gun (LMG) on my right. Our heavy weapons were totally destroyed. Those deployed to fire the gun were hit by stones on the head and chest and they ran to Havaldar Madan, asking for help.

Immediately, Platoon Commander Havaldar Madan said to me, 'Yogendra, pick up that LMG and throw it to me. I can fix the spare barrel on to it and make it fit for firing.'

I threw it to him at once. That was the last time I heard my Platoon Commander's voice.

Now they knew about our movement and position. So they rained grenades and bullets on us. One grenade burst right next to me at the back, and my comrade Yogendra's finger was severed by it. We gave him first aid, while still being bombarded from both sides.

It went on like this for a very long time. Every moment, some or the other comrade was getting hurt or breathing his last. But we had made up our minds - we would not retreat, come what may!

I noticed that a fellow who fired sniper rifles, was surrounded by Pakistanis. So Anant Ram, a comrade who had trained with me, and I had to go to him to help. As soon as I advanced towards him to help, a grenade fell near me and burst. A shrapnel from it hit me behind my knee. The piercing pain made me feel like my leg had been cut off.

As I fell, I looked back to see the extent of damage the grenade had done. I noticed that the leg had not been cut off, but the wound was very deep. I started giving myself first aid. As I was doing it, another grenade burst in front of me and a shrapnel hit me under my eye and nose, causing a deep wound. I felt that I had lost my eyes.

For a long time, I could see nothing. I lay there behind the rock. With time, I could see some light seeping into my eyes. When I looked at myself, I saw that my whole body was covered with blood. My nose was bleeding heavily. I tried hard to control it, but in vain. Then I mustered up all my courage and somehow dragged myself to my comrade Lance Naik Naresh Kumar. He was trying to make his bunker higher and firing back at those who were firing at him, all at the same time.

I sat with my back to a rock and started firing, trying to clean the blood from my nose. Then I told Naresh to give me first aid as I had lost a lot of blood. He looked at me and said, 'I'll do it soon. Keep on firing.'

After some time, he took his field patti from his pocket. Just as he raised his hand to open it, a bullet hit him on the head. His head burst open and blood oozed out.

I held his hand because he was falling backwards. I could still only see hazily, so I wasn't sure what had happened.

I said, 'What happened sir? Say something!'

I couldn't hear anything except gunfire, and I understood what must have happened.

Anant Ram was sitting by my side. I said to him, 'Sir has been hit by a bullet.'

He was stunned. Just as he was about to say something, a bullet hit him on the chest and he was gone in a moment.

I called out to my mates down below, 'Sir, two jawans have been hit.'

A voice asked, 'How are they?'

I tried to sound brave as I said, 'We have lost them, sir.'

I could say only this when bullets rained on us afresh. The enemy had surrounded us on three sides.

That was indeed a very painful moment. Even today when I start talking about it, when I think about the brave and dutiful soldiers who laid down their lives for their country, tears start flowing from my eyes.

There were three or four of us and the enemies were no less than thirty-five. The guns spewed fire and bodies of soldiers of both sides lay scattered. The last thought of our jawans was that their own deaths did not matter; the Army should win.

Published with permission of Srishti Publishers from 'The Hero Of Tiger Hill' by Captain (Hony) Yogendra Singh Yadav. Order your copy here.