How Journalists Were Attacked During Babri Masjid Demolition 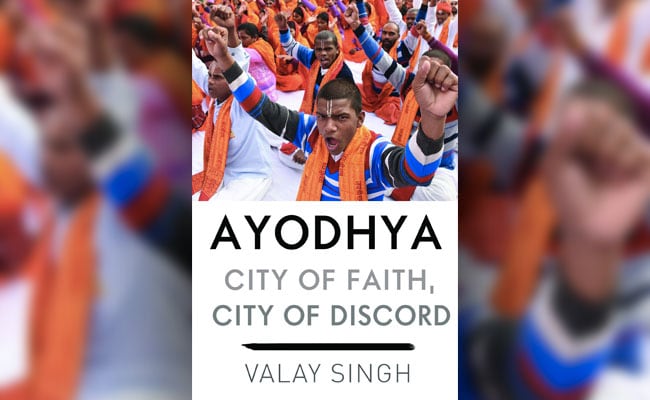 On 6 December 1992, as karsevaks attacked the Babri Mosque, they also turned their wrath on members of the English press who they considered to be 'Ram Virodhi', or opposed to Ram. Foreign correspondents covering the issue became the first targets of their wrath. Jeff Penberthy, Time magazine's South Asia Bureau chief, was present in Ayodhya's Manas Bhawan but escaped the attack because of the rapport he had built with Bajrang Dal activists. Penberthy's colleague, Anita Pratap, was also with him. The duo's name had reappeared in relation to the demolition when Lalu Prasad Yadav, the former chief minister of Bihar, publicly asked for their eyewitness accounts. Lalu thought they had survived by disguising themselves as karsevaks. Later, Penberthy wrote a detailed account of what he saw that day. His report is available on the website countercurrents.org. According to Penberthy, it was a well-coordinated operation that began with a single shot fired from a pistol. He writes, 'a man in a suit jacket waded into the crowd below us and fired a pistol held high above his head - like a signal'. Soon after that the attack - on the disputed structure as well as journalists - began. 'The cry "patrakar murdabad" or "death to journalists" had gone up, and gangs were seeking out the journalists,' he wrote. Penberthy was still safe on the terrace of Manas Bhawan, though below him journalists were being assaulted. From his vantage point he saw Peter Heinlein (a Voice of America reporter, who now covers the White House), who had been 'knocked unconscious' by the blow of an iron rod, being helped by his friend, Edward A. Gargen of the New York Times.

He saw Dieter Ludwig, a photographer, 'wisely hightail' it away from the rocks being thrown at him. Chris Kremmer of the Australian Broadcasting Corporation fled for his life down the lane behind the mosque towards the river, passing formations of the PAC whom he later said were sitting in the fields 'looking terrified'. Kremmer's account of senior government officials in their suits and ties, along with their wives, 'lounging under a shamiana like senators and their consorts watching a Roman spectacle' is also confirmed by the footage recorded by the Newstrack team. The officers appeared to be overseeing the demolition while drinking tea, at least in the beginning.

Penberthy believed that he was spared 'because of cricket', Sachin Tendulkar to be precise. After asking him a few questions, a Bajrang Dal youth frisked him, made him chant 'Jai Shri Ram' and put the red Ram-printed bandana on his head. Penberthy wrote:

But India is India, the wait was long and the talk soon turned to cricket. And I immediately ingratiated myself by having picked up early on the potential of an emerging Indian batsman named Sachin Tendulkar, the new Don Bradman. I was made - and immediately labelled Alan Border, to whom I bear a slight physical resemblance.

This brief camaraderie developed in the morning later saved him, when Penberthy had gone down to see injured karsevaks who were being given first aid in a nearby temple. On the road leading to the under-destruction mosque, an agitated middle-aged man rushed up and shouted to his face, 'Are you a Hindu?' 'Once again, good luck and cricket saved me. A young man also down from the roof recognized "Alan Border" and hustled me back to the shelter of the Manas Bhawan building,' Penberthy wrote.

Los Angeles Times correspondent Bob Drogin's account of the assault on journalists is not the same. His report dated 8 December 1992 details the utter desperation to which the journalists had been reduced. It is also a good read for scribes, photographers and radio and TV journalists who might find themselves in hostile situations. Among the women reporters who were attacked that day was Sarah Brezinsky, a young American freelance photographer. She had been chased by scores of sword wielding men and was saved when by sheer chance she ran into a room full of women in a nearby dharamshala. Once inside the women protected her by rolling her in a carpet. They 'sat on her while an old woman stood guard at the wooden door, refusing time after time to let attackers in'.

Indian journalists were not spared either. Video magazine Newstrack's Mrityunjay Jha and his cameraman were saved by the police who locked them in a room inside Manas Bhawan. Among the most badly injured in the attack was the photographer of Rashtriya Sahara, a Hindi daily which did not always toe the VHP's line. He remained bedridden for eight months and had to undergo multiple surgeries.

Excerpted from Ayodhya: City of Faith, City of Discord by Valay Singh with permission from Aleph Book Company. Pre-order your copy here.