Book Excerpt: IIT-Madras And The Long Link To Germany 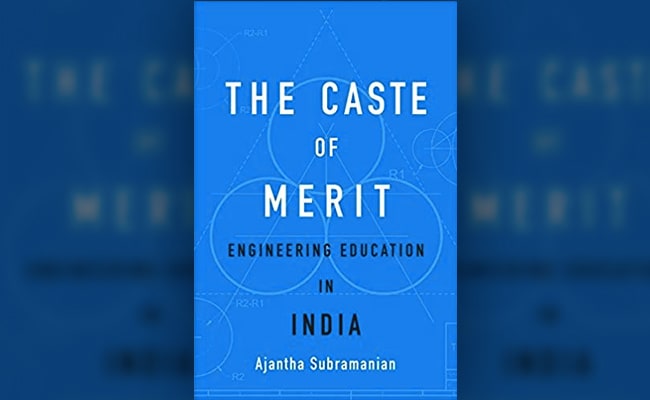 Cover of Ajantha Subramanian's book 'The Caste Of Merit'

It was in the context of sharpening Brahmin-non-Brahmin tensions that IIT Madras was founded. In 1956, Prime Minister Jawaharlal Nehru, while on an official visit to West Germany, was offered assistance to establish a higher technological institute in India. West German chancellor Konrad Adenauer also promised one hundred scholarships for Indian students wanting to study in Germany. During their interaction, Nehru gave Adenauer a copy of India's second Five Year Plan, in response to which Adenauer cautioned that "while undoubtedly it was good to have gigantic plants, concentration on these alone would leave a vacuum." Adenauer pointed out that "fifty percent of German technicians were drawn from small-scale industries and even handicrafts" and "offered German technical help to India not only in the field of big and medium scale industries, but also in that of small-scale industries.

The first Indo-German Agreement was signed in Bonn in 1959 for the establishment of an Indian Institute of Technology at Madras. As part of the deal, the Government of Madras granted 633 acres of reserve forestland to the Government of India on which to site the new institute. The agreement provided for the services of German professors and foremen, training facilities for Indian faculty members, and a supply of scientific and technical equipment for the establishment of the central workshop and laboratories. The first batch of German professors and technical experts arrived in 1959. In the late 1960s, there were still twenty German professors and five experts remaining at the institute. In addition to their role in teaching and curriculum development, laboratory development, workshop training, and joint seminars, a large number of German experts visited the institute individually and in delegations to exchange ideas, establish research cooperation, and conduct seminars. A number of faculty, technical staff, and students from the institute also visited German universities for practical training and career development. German involvement formally ended in 1973.

The early collaboration with West Germany continues to be actively commemorated as a key part of the institute's history. IIT Madras opened its Heritage Center in March 2006 to showcase the institute's founding and work. Here, the Indo-German partnership is on graphic display in photographs and newspaper articles. Many of the articles are from the two main English-language newspapers in the region, The Hindu and The Indian Express, which followed the Indo-German collaboration with avid interest. The year before the institute's founding, The Hindu carried an article noting that "for several years German industry has, to a considerable extent, been called upon for the realization of the great Indian development projects and that it is ready to continue to take a share in them." The Indian Express also did its part in publicizing West Germany's contribution to establishing a "center of excellence" in Madras and its generous offer of scholarships to travel to Germany for study. Between them, the two papers kept in circulation information that they deemed most newsworthy to their anglophone readers.

The photographs and quotations speak to the significance of the collaboration for both sides. German president Heinrich Luebke laid the institute's foundation stone and unveiled a tablet symbolizing Indo- German cooperation in 1962. Quoting Mohandas Gandhi, Luebke announced the ambition of the partnership as one of making knowledge "the common property of the people." Not to be left out, former West German president Theodor Heuss, who visited the institute in 1960, chimed in from a distance that the collaboration "should certainly bring about a development and revival of the technical abilities of the Indian people." Herr von Heyden, West German chargé d'affaires at New Delhi, offered a more pointed observation about "the engineer," who, he noted, "was a responsible person and every professional action of his had human and social consequences because he was instrumental in creating a new society and evolving a new economic order and new physical environment."

Indian dignitaries, too, offered accolades. S. Radhakrishnan, president of India, appreciated the institute as "a visible demonstration of German friendship for India." Humayun Kabir, union minister for scientific research and cultural affairs, described it as "one of the finest examples of co-operation among the nations of the world in the pursuit of science and technology" and registered his confidence that "the German professors and experts would lay down the traditions of the institution on sound and progressive lines and give it the thoroughness and efficiency, which characterized scientific and technical education in Germany." Kabir pointedly expressed his hope that the German experts "in giving practical training to students would help in raising the standard of the cultivation of manual skill of the students, which was almost neglected in their education."

This chorus of appreciation from Indian and German dignitaries signaled the status of IIT Madras as an emblem of the new India, where world-class expertise would be developed in the service of nation- building. German tutelage was deemed necessary but only as a catalyst to jump-start technological and social development. Indian officials like Kabir were clear about the contributions of German expertise: it was the practical orientation of German engineering that India needed most. For their part, West Germans were eager to participate in this endeavor as a way of leveraging development expertise in the service of Cold War diplomacy. It helped that unlike with Britain, Indo-German relations were not bogged down by a shared imperial past. It was easier to present this collaboration as an equal partnership of two nations that harked back to German-Indian interactions before World War II.

For 1960s alumni, this sense of upper-caste, masculine destiny was reinforced by a link to the state. It is easy to forget from today's vantage point, after economic liberalization and the information technology boom, that the IITs began as institutions more aligned with the older, late colonial model of producing technical expertise for public sector engineering. While they were always endowed with an exceptional world-class status that arguably oriented them more outward than inward, this did not mean a total disavowal of the state. The experiences of IIT Madras alumni from the first decade of the institute's history reveal an identification with the state that has fractured in the decades since.

Sometimes the connection to the state was fostered through militarism. The first two cohorts of IIT Madras students graduated together in 1964 because the 1962 Sino-Indian border conflict had made war preparedness a new state imperative. The Indian government wanted to quickly produce more engineers who could be pressed into military-related technical work. As the institute's 1962-1963 annual report states, "The unprovoked aggression by China on our Northern borders posed a grim challenge to the country and institutions like the IIT Madras. We are happy to record that the Institute, in its own humble way, rose to the occasion gamely. National Cadet Corps training was made compulsory for certain years of the B. Tech degree course so as to ensure disciplined military training to the youth in the context of the Chinese menace. The Five Year Degree course was accelerated in order to turn out more engineers in response to the call of the country."

K. Narayanan, an alumnus from the second cohort, noted in a newspaper interview that their syllabus "was rushed through and the final examinations were conducted in December 1964." N. R. Dave, one of Narayanan's batch-mates, added that "due to this, we were called the 'emergency' batch."

For some, the relationship to military service continued after graduation. Narayanan, who graduated as a chemical engineer, joined Indian Oil's Guwahati Refinery in 1965, when the Indo-Pakistan War was just beginning. "The engineers at the refinery had to go on night patrolling," he recalled. "During the day, we received military training. They wanted to train us to be able to defend the refinery." Others like Ramiah, a 1967 alumnus, signed up for military service. Although "many companies like English Electric, Larson and Toubro, Tata etc. came for selection," he with his "patriotic ardor" was "captivated by the terrific lecture given by Squadron Leader Thambi and especially when he referred to the heroic deed of the IAF [Indian Air Force] pilot who smashed his burning plane into the Sargodha radar station in the '65 Ops." Swayed by Thambi's tales of daredevil patriotism, Ramiah ended up enlisting with the Indian Air Force.

For the most part, however, IIT alumni from the 1960s sustained their link to the state through civilian rather than military service. Over their college years, students were sent for training to public sector enterprises, like the Durgapur, Rourkela, and Bhilai steel plants and National Metallurgical Laboratories. Some went to public-private partnerships, such as Tata Steel, that were most emblematic of nationalist development. These periods of training often led to job offers, as it did for Dasigi, who "was offered a scholarship of Rs 150 per month and a job at Rourkela Steel Plant after graduation." Other Madras IITians began their professional lives in public sector enterprises where engineering as nation-building was a core dimension of their work. And many of them did so after a period of practical training in West Germany.

Excerpted with permission of Harvard University Press from 'The Caste Of Merit' by Ajantha Subramanian. Order your copy here.

The Caste Of MeritAjantha Subramanian