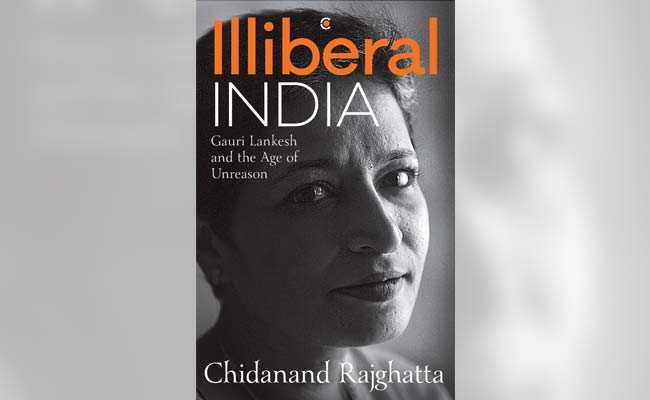 On the long flight home, I replayed the years of a beautiful friendship in which marriage was just a small part. The idea that someone would assassinate this slender, small-built and utterly vulnerable woman, feisty though she was, was beyond comprehension, and beyond cowardly. Gauri had taken on some "radical" causes in recent years, including rehabilitation of Naxals, and fighting for Dalit and minority rights and representation. But none of that seemed to be or was deserving of putting her life in the crosshairs. Although I was aware of the murders of like-minded intellectuals, Narendra Dabholkar, Govind Pansare and MM Kalburgi, she was associated only with the last. Besides, it seemed beyond imagination that anyone would target a woman.

Gauri Lankesh was disputatious to a fault. I should know. We argued relentlessly, mostly good-naturedly, in our exuberant youth when India was so full of promise and problems, as it still is. But she was also a large-hearted and fair-minded woman, a trait that extended our friendship beyond marriage. "Small-built women have big hearts," she would joke about her slender but supple physique honed by yoga in her youth and dissipated later. Her clinching argument when she shanghaied me into bankrolling some good cause was to remind me that I owed it to her in lieu of alimony!

Diya Janani, Mary Breeding, and Chidu Rajghatta are delighted to announce the newest addition to our family. Diya's baby brother and our son Dhyan Sharana was born Sunday, October 25 at 1.11 p.m., arriving quite naturally in a beautiful water birth that we chose to receive him. Weighed in at 6lb14oz and in good health and cheer. Thanks to our family and friends for the love, support, and good wishes.

such lovely news. and such a lovely name for my indirect 'son'. :-) give my love to mary and diya and in sharana's ears whisper my blessings for him: sharanu sharanaarthigalu. i hope he will live and think and work like a real sharana. how come you chose the name dhyan sharana? i am asking out of curiosity. incidentally, i think the choice was more mary's than yours. joking!

by the way, the karnataka media academy people are going to get in touch with you regarding giving you a media academy award. today they asked me for your contact details which i have given them.

life, otherwise, is going on. under modi's rule, i am feeling like we - other than modi bhakts of course - are all living in a lunatic asylum. under congress, this country was going to the dogs. but under modi india is becoming a land of loonies. dogs at least can be controlled, not loonies. that is our tragedy.

pl send pix of sharana. love and hugs to all as always. take care,

Thanks. Dhyan Sharana was something both of us agreed on.... Darshan Avani was the other option... Darshan to go with Diya...And Avani (the earth) to go with Janani. But he was very meditative, reflective, in the hours after his birth so we settled on Dhyan.
Sharana is after the original Sharanaru, an idea that has been distorted and discarded by the lingayats, like so much else of the faith...in the same way the right wing loonies have done with Hinduism. I'm glad you liked it and did not see some wacko religious allegiance in it. The original meaning of sharana is quite lovely and we both loved it. Lot of people have written in saying how much they like it - without knowing the meaning of course (I think only you and Sachi may have gotten it).

Re media award...there is nothing I have done to deserve an award so I will be grateful if you can ward it off :) Besides, I don't want to make headlines later returning the award ;). I am seeing that returning awards makes bigger headlines than winning awards :))
As for Modi, Congress etc...my perspective is entirely different. Nobody cares about bigger genocides going on right under our nose. And dogs are noble creatures, please don't condemn them. I'll be writing about this soon. Cheers

how could i have a difference of opinion about the name sharana? like you, i believe that lingayats have forgotten all concept of what lingayat dharma stands for. (considering that some lingayats observe ashta mahalakshmi/ etc festivals as a show case of hindu religion: ;-) (could not resist that jibe, sooooooooooooory :-))

incidentally, lingayats and veerashaivas are not one and the same. shaivism has existed along with vaishnavism much before the sharana revolution of the 12th century. that is the point that people like prof mm kalburgi were trying to make. the important point is that while shaivism and its associated veerashaivism are part and parcel of the so called brahminical hindu dharma, the sharana revolution which gave rise to lingayat dharma - which is totally opposed to the brahminical hindu dharma - is a totally different religion ... even today, the veerashaiva matas dont accept basavanna as their ideological chief. it is only the virakta mathas which follow basava dharma (though they too have distorted it now).

in fact, veerashaivas and lingayats are two totally different ideologies. kalburgi (and people such as myself) believed in that and used to argue that lingayats are not hindus. perhaps that is what led to his killing, who knows?

i love the concept of sharana. its so beautiful and meaningful.

and 'sharanu sharanaarthigalu' is much more meaningful than any other greeting. in fact, i use this greeting when i have to speak to various religious heads, whether brahmin, lingayat, muslim or christian. and those religious heads respond to me according to their custom. its all so cordial. initially, my leftist friends used to make fun of me when i used to say it since i am - according to them - a lingayat (of course i dont use it in everyday common usage). but then they realised that i believe in the concept and are now okay with it.

anyway, enough pontificating. i love the name you and mary have given to your son. sharanu sharanaarthigalu to both of you.

hugs and love and affection as always, gl

Mom is sinking. Dad is going batshit crazy calling everyone (he must have called you) and who can blame him? ... he is losing his partner of 65 years. Heartbreaking. I'm gonna look for me a place to live in that has assisted mercy death in old age.

Kids are growing every day. Here, some pix. Thank you for being their fairy god mom.

Thank you and mary for making me fairy god mom of your children, the day i visited your family since diya was not well, we forgot to take pix of me with the kids. i realised it after i left your house. next time?

no, appaji did not call me. Shaila did. actually, the last time i met appaji, he said ``i want to die. but i cannot because i have to take care of her. if i am not there, who will take care of her.'' those words are still resonating in my ears.

i hope for the best for amma. i hope her and appaji's misery ends soon. i mean it in the best caring and realistic way.

i hope i will have an easy exit too when my time comes. take care, love and hugs to all,

dear chids,
your amma was a lovely woman. she and appaji have always treated me with love and affection. yes, she should not have suffered a day longer. but i feel appaji is going to be really lonesome now. everytime i put my arm around him and leaned my head on his shoulder he silently shed tears.

over the last couple of months every time daya or shaila called me i was dreading the news of amma not being there anymore. today, it came true. daya called me at 1 p.m. and shaila called me half an hour later. since i have to finish my edition tomorrow, i immediately cleared some copies and reached amma and appaji's house around 3:30
what was amazing was that despite his loss, appaji made sure that amma's eyes were donated.

because of work pressure i returned to my office at 6 and went back to the crematorium at 8. shaila was surprised that i turned up again. i told her i was there because of amma and also as an unofficial representative of her second son. ( i hope you dont mind)
mohan and daya tried their best (since they were grieving) to make me part of the final ritual process. i was part of it for a while but later said that since you needed pix of the ritual i would concentrate more on that.

there is a ritual where the departed woman's sari, etc are interned along with her. but it was decided that instead of interning those with her they should be given to someone needy. beautiful and meaningful decision. glad that i was a part of it.

love and hugs to all,

The Bescom guys are real sharks. They extract money from all... they told Ramakka it will cost Rs 20,000 to do the wiring and she has to pay. This maybe retaliation for what I did to them last time. I refused to pay a bribe when they upgraded meters, which was done as a matter of routine for all meters I found out. Ramakka told me every time they come around they extract money from her (and all neighbors, they confirmed). Anyway, idu namma chaluva kannada nadu/bharatha. Cheers

bharat mata ki jai!!!!!! what more can i say? the world is becoming insufferable to live in.
i hope i can have a decent and safe and quick exit soon. seriously.

i get disgruntled, disenchanted, disturbed......

but somewhere, deep inside me hope lives.

after all, we, kannadigas, are products of basavanna, kuvempu, shishunala shariefa, kudmul ranga rao, b b krishnappa, p lankesh, ........ we have a heritage which is rich in social harmony, social justice and economic equality.... despite my despair i am sure that we shall overcome our present challenges

take care and warm wishes to your family, with warm regards,