What 'Mulk' Means To Me As An Indian Muslim

The Madhya Pradesh government last week issued an order asking madrasas in the state to celebrate Independence Day and submit video proof of them hoisting the national flag. Last year, the Yogi government in Uttar Pradesh had issued a similar diktat to the madrasas in state. Why?

Is there any proof that the madrasas previously had not observed Independence Day? Did these governments conduct any study that showed madrasas had not hoisted the tricolour on August 15 or January 26? No. It's just their deep-rooted bias and bigotry that was displayed shamelessly in painting a section of the population as 'less patriotic'. These diktats stem from an unabashed "Us and Them" mindset that draws vicarious pleasure from humiliating a minority population while parading naked majoritarianism. This mindset assumes Hindus as patriots and Muslims as suspect unless proven otherwise from occasion to occasion.

Anubhav Sinha's 'Mulk' questions this Indian version of 'Tebbit Test' that Muslims of the country are put through all the time by majoritarian forces. It strikes at the very 'Us and Them' narrative that drives our politics and that has contaminated people-to-people relations over the years. It explores the very existential question that haunts Muslims even 70 years after partition: "how are we to show/prove our love for the country?"

'Mulk' takes up the issue of terror - the proverbial albatross tied to Muslims' neck with this convenient narrative: "all Muslims are not terrorists, but all terrorists are Muslims". This is a narrative that automatically makes an entire community suspect after any act of violence anywhere in the world. It's never an individual crime. It's always a community crime. And only people with Muslim names are doing horrible things is terrorism. For others, we have convenient terms like "vigilantism". 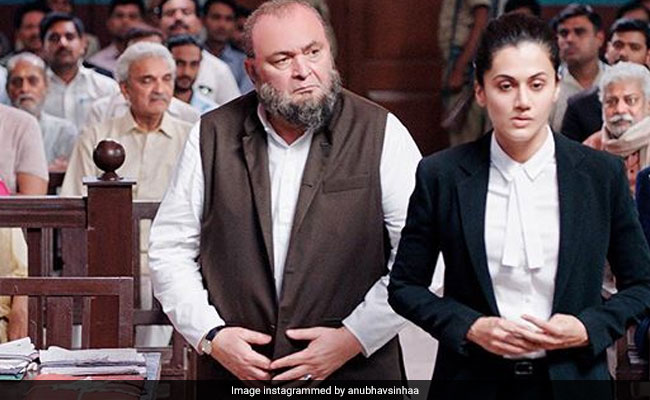 "Only a bomb blast is not terrorism," Mulk tries to persuade its viewers. "Shouting down a person into silence is also terrorism," Murad Ali says.

I have experienced the siege that is laid for Muslims by the institutions of the state. In 2001, I was a BA student at the Aligarh Muslim University. Another student, Mubin, was arrested for alleged involvement is a bomb blast case. All hell broke loose. There were sweeping statements about how AMU is producing terrorists. An earlier vice-chancellor, an establishment stooge, had dubbed the campus a hub of ISI agents. Students were rightly agitated. There were massive protests against the sullying of the institution. Former Vice President Hamid Ansari, who was the Vice Chancellor during that tumultuous period, withstood tremendous pressure from the government to close the university pending the probe in the case. Many years later, Mubin was acquitted by courts as there was no evidence against him. But over 25,000 students of the university were painted suspects in one broad stroke. Most terror cases have met the same fate. Muslim boys, picked up by agencies on charges, tried by society and a media that amplifies every charge that is put out as gospel truth. Nothing is proved in the courts and these boys walk out after many years, scarred. Lives, families, are destroyed in the whole process with no accountability of the state or the police.

(An aside: Anubhav Sinha studied at Aligarh Muslim University in the 1980s)

'Mulk' questions that siege of a community. Anubhav Sinha isn't playing an apologist here. Nor he is sermonising. He is raising all the right questions - to citizens of the country, both Hindu and Muslim. He puts the Murad family in the dock to the extent that they didn't keep a tab on the activities of Shahid (who executed a bomb blast under wrong influences). But the film takes on society when it tries to crucify the entire Ali family and the whole community for the crime of an individual. It holds up a mirror to the entire system - the police, media, lawyers, social groups - that gang up to feast on a hapless family that is suddenly fair game for all.

It hits at nasty prejudices about Muslims - all Muslims have multiple wives, numerous children being raised with the singular purpose of waging Jihad. 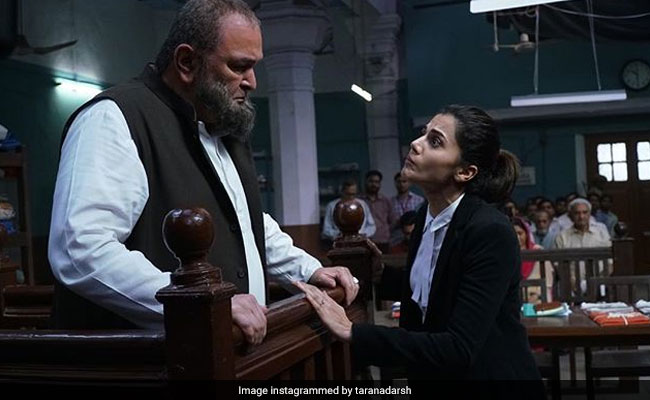 Those painting the movie as pro-Muslim or as a white-wash act for the community's so-called 'ills' are either missing the point or are motivated by the ideology of hate prevalent in many sections of the country today. They probably know it's a real film, dealing with real issues and can't handle the truth that 'Mulk' unfolds.

'Mulk' doesn't make any overt statements as far as political parties go. There is not a single reference to any political ideology or political event. But it is a deeply political film. It talks of social politics. The politics of human relations, of social bonds that are under severe strain. It tries to deliver the politics back to the people from the hate-mongers. It urges people to take things into their own hands and save this country, its culture, its heritage, its harmony from the hate assault.

'Mulk' is a crash course in patriotism. It tries to free patriotism from the chains of some rituals that it is being made hostage to - chant a slogan, sing a song, wear it on your sleeve. It tries to restore the dignity of the flag through its people. The flag is not a weapon to beat 'others' with. Neither is it a shroud for bigotry. It's our pride. It's what we are.

Today, if a Yogi Adityanath or a Shivraj Singh Chouhan tries to use that flag for their divisive politics, they are guilty of insulting our flag and we must question their patriotism rather than letting them define or certify it for a section of people.

'Mulk' is a clarion call to our collective conscious. To We The People. To crush the 'Us Vs Them' divisions and be 'Hum'. It's an attempt to free us from our own prejudices.

(Mohd Asim is a Delhi-based journalist.)