Waiting For Vaccination, Not As A Journalist But As A Daughter

On Sunday, at a vaccination centre in the heart of Thiruvananthapuram in Kerala, at least 500 people were already seated -- social distancing and masks in place -- long before the jabs were to start at 10 am.

This time, I was not here with my mic and camera crew.

I was there as a daughter escorting both sets of parents - my husband's and mine -- for their second dose of Covishield - which seems to be in shorter supply than the demand. I have seen my strong parents, with all their life experiences, needing me to reassure them about vaccination and its possible side effects. It's a very humbling feeling, personally.

Elderly women or elderly couples, holding on to someone for support as they barely managed to walk in for vaccination, was a common sight. Some of them were carefully escorted by their loved ones or volunteers. Then there were those who could not drive and were dependent on neighbors or friends to bring them. Their gratitude was immeasurable. Those on palliative care get the first priority.

It's very important to remind ourselves that there are more than 100 million senior citizens like my parents across India, many far from their children or living alone for various reasons, and many of them are trying to get their second doses. 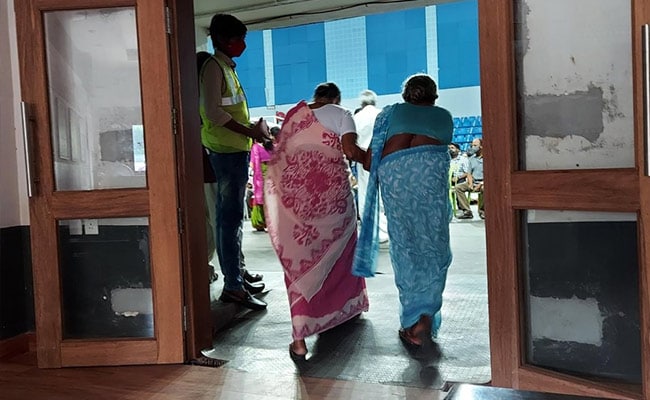 Two elderly women at a vaccination centre in Kerala

Those above 45 are equally vulnerable - physically and emotionally -- with the pandemic worsening stress at work and at home. They have been quietly struggling with their uncertainties and challenges -- and now they face the ordeal of making more than one trip to the vaccination centre, given the restricted doses because of the limited supply of vaccines.

It's also an unfortunate story of privileges or the lack of them.

Governments must not forget faces in the pursuit of numbers. 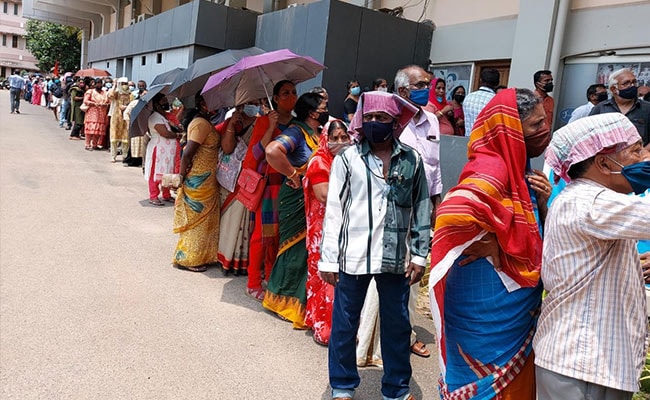 People stand in a queue to get vaccinated in Kerala

Everything isn't gloomy though. I saw a volunteer sprinting and instinctively ran after him. There was some ruckus; some angry beneficiaries were in a group, shouting. But I saw the volunteers - young men and women in their 20s and 30s -- with walkie-talkies and a calming demeanor.

I saw some of them few days ago at the same centre, telling a group of beneficiaries that vaccine stocks for the day were over. As tempers flared - many refused to leave without their shot -- they remained calm.

"It's been difficult to ask them to go back without vaccinations on some days. But we have to do the job. Some shout at us, get very angry at us. But we just do our job," say 19-year-old college student Vignesh, confessing there were times he feared physical violence.

Vignesh is a vaccination volunteer, yet his mother is yet to take the shot. "She is scared. She will eventually have to take it," he said, thoughtful.

At the centre, there were regular announcements. Vishnu, 24, had the mic. He quit his job to become a nurse. As a nursing student, he served at Covid frontline treatment centres for over 100 days last year. He is helping out at this special vaccination camp as part of an army of volunteers and government officials.  Many of his batchmates are doing this too, as volunteers with the National Health Mission, and as part of a dedicated team under the District Collector trained in disaster management.

As we left the centre, there was a long, snaking queue outside.

This weekend, the centre had a good supply of doses. On Sunday, there were some 1,600 doses available, I was told.

(Sneha Mary Koshy is a Reporter at NDTV)