The Cruel, Unnecessary Death Of A Beautiful Whale Looks Like This

The wind howled its fury in my face while liberally splashing me with cold salt water. I was on a rubber ducky (a little boat with an outboard motor) racing towards a dead whale. I was on this boat in my capacity as a consulting conservation and campaign advisor to Sea Change Project, a not-for-profit organization co-founded by my husband Craig Foster, for the conservation of the Kelp forest ecosystem of the Western Cape.

We had received reports about a dead whale, killed by the rope lines that hold octopus traps in place. The octopus fishery which operates out of False Bay and Table Bay in Cape Town has had an "experimental" license to operate for the last 15 years. The owners are allowed to remove between 50-100 tons of octopus a year. It is a long line of steel traps with metal chains attached to buoys by long ropes that float in the water. 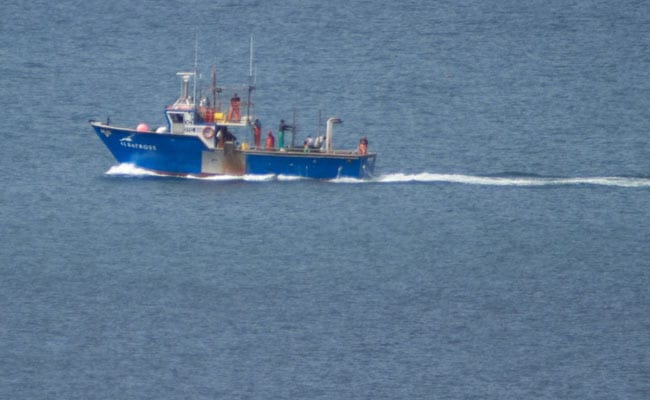 The boat used by the octopus fishery employs only 6 people; the octopus meat goes to China

As the rubber ducky bounced over an exceptionally rocky wave and I tried to keep myself and the camera from going overboard, the most horrifying sight greeted me. The dead whale was floating on the surface, its mouth wide open and its giant tongue hanging out like a balloon without mooring. 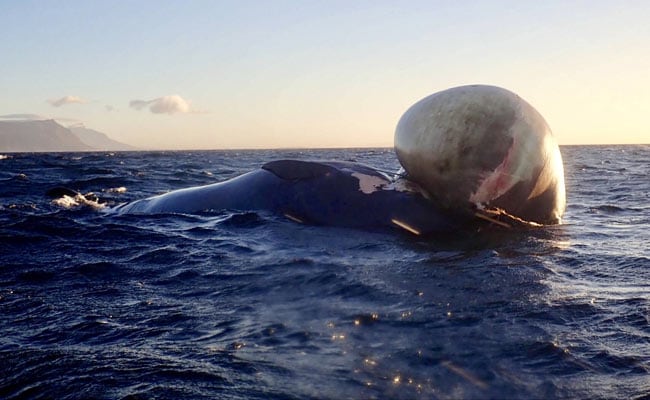 It was a beautiful male Bryde's whale in its prime, tangled and dead. I could clearly see the rope wrapped around its torso, cutting deep into its flesh and embedded in its mouth. 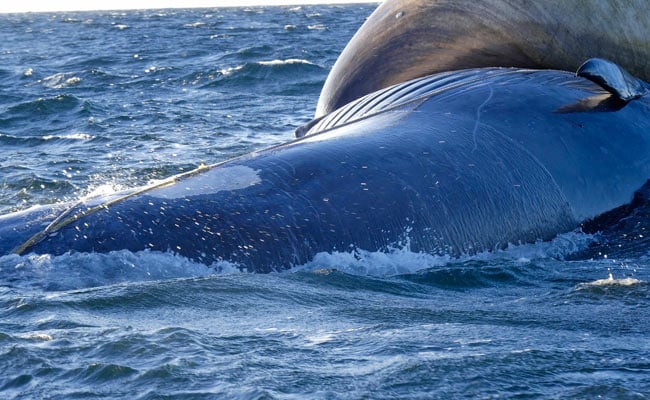 I could, from the horrific pictures we got after it was towed into land, piece together its death. The whale, a filter feeder, must have been swimming by feeding. The rope was entangled in its mouth deep inside the baleen. Baleen is a filter feeder system inside the mouth. Whales come in two varieties: those with teeth like Killer whales and Sperm whales, and Baleen whales like the Blue whales and the Humpbacks and the Bryde's whales. To feed, Baleen whales open their mouths wide, allowing water to flow in and the fine hairs sift through the water, trapping the food they need. 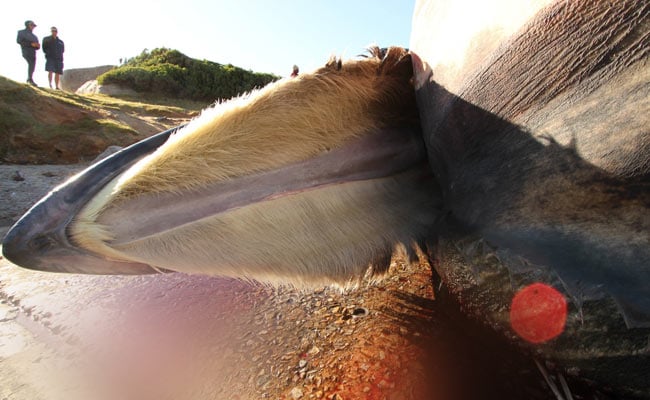 The rope had clearly gotten caught in the mouth and the panicked whale had dived and twisted, trying to get it out. In the process, the rope had twisted around its torso, trapping it in a chokehold, not allowing it too much movement. The whale had then hung there, twisting and turning and desperately trying to breathe and break free. 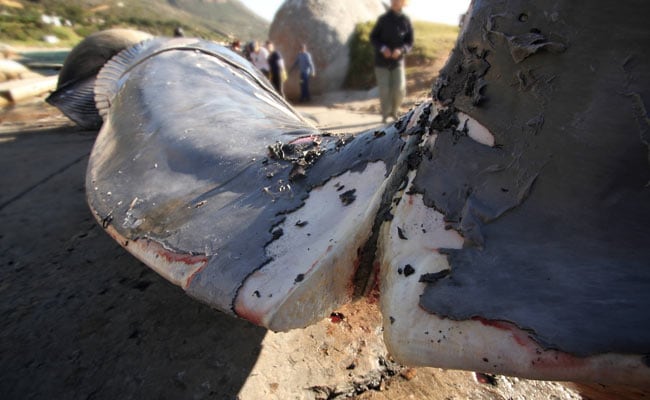 From how deep the rope cut into its body, it is evident that the animal struggled for a long time. There is something particularly horrible about an air-breathing mammal that calls the ocean its home, drowning. It's a violent, painful death. The blood spurting from its blow holes was somehow for me the worst part. 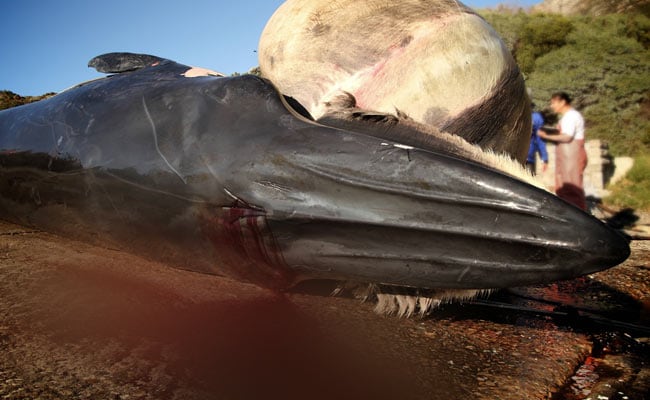 The retrieval of the dead whale was carried out by the City of Cape Town, who quite bravely sent a diver in to attach a tow rope to the whale while also cutting it lose from the death rope that killed it. The rubber ducky I was in was about 6 feet smaller than the whale and the team dexterously towed it in. 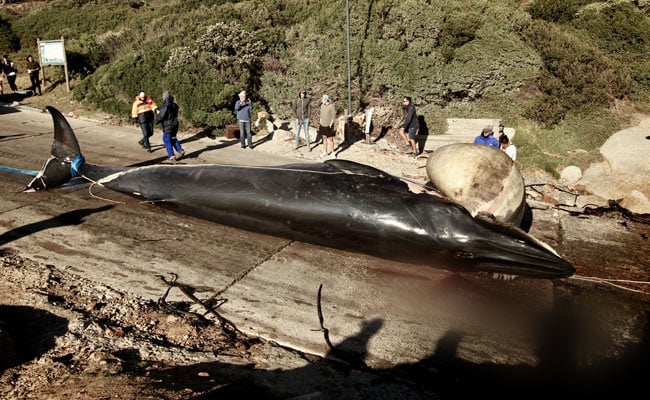 The dead Bryde's whale on slipway after being towed in

They confirmed that eight whales had been killed in two years and some of them were humpbacks.

It cost the city about 2 lakh rupees to bring the dead whale in. It was taken away by a truck to a dump site where it will be buried. The octopus fishery does not even pay for this retrieval even though it is entirely their fault that the whale died. 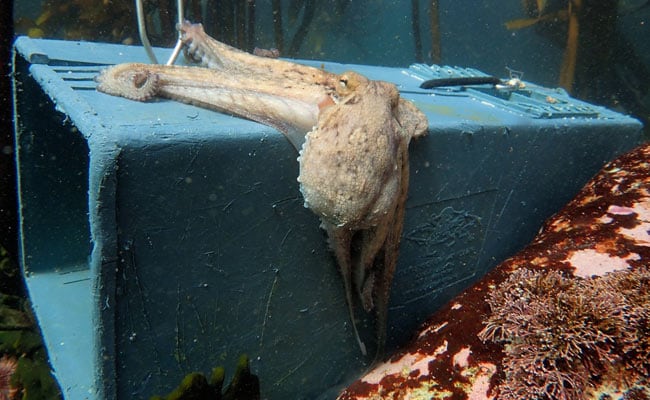 An octopus vulgaris or the common octopus in a trap

There are very strict rules in place when it comes to whale interaction. People are not allowed to swim or kayak up to them. You cannot take a boat up to them either. Only someone with specific licenses, which are difficult to get, are allowed to do any of that. This is done in order to stop people from bothering the animals who come into the South African waters to rest and raise their young.

If you are caught harassing a whale, you can be fined up to 18 lakh rupees. However, it seems if you kill them with a fishery, it costs you nothing.