Ravish's Journalism Is Haunting - Including For Those In Power

To call Ravish Kumar a journalist is to define him too narrowly. He is, above all, a storyteller, a modern-day bard. Ravish began reporting 19 years ago, and from the very beginning, he realised that television is a medium of narratives. So, he sought out news stories that were literally that - stories with relatable characters that were structured with a beginning, a middle and an end. It is the secret to Ravish's success as a seeker and an advocate of truth and the reason for his huge win today with the Magsaysay Award.

The time of television is unilinear - it moves in only one direction. Now, this might seem like common sense, because all time that we experience is like that. But when we read something, we have the luxury of skipping words or entire paragraphs, or even going back to re-read something that we didn't understand. In effect, it is like rewinding time. Live news unfolds in real time. It cannot be rewound. And if you lose the viewer somewhere in the middle, you have lost them entirely. 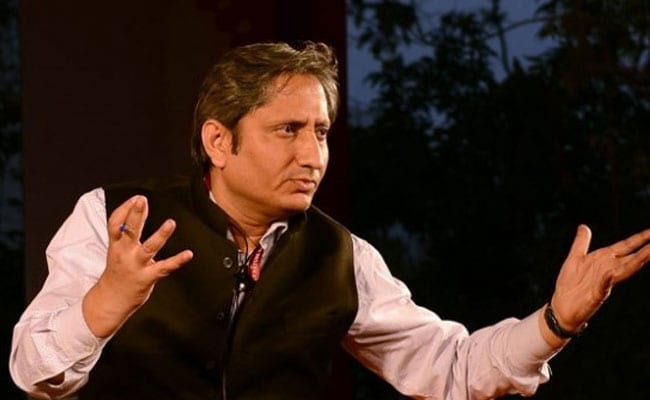 Ravish Kumar, who has been with NDTV since 1996, has often faced threats for his fearless plain-speak

Ravish recognised this and adopted his unique narrative style because narratives pull viewers along as they unfold. They are easy to recall, especially in a country like ours where a large number of people are practically illiterate. Ravish's linguistic and visual style amalgamates all the techniques and tricks of storytellers from established novelists and filmmakers to folk performers. He seamlessly switches from the language of high-art to the street-lingo of the roadside hawker.

But just being a skilled storyteller would not have made Ravish what he is. The self-image of journalism is that it is the fourth pillar of democracy. It extracts information about government, state institutions, the economy, politicians and eminent citizens and disseminates it amongst the people. News media (supposedly) arms citizens with the information to check excesses in the exercise of power. Journalists believe that the way to tell the truth is to be fair and balanced. And the conventional way to do it is to give equal voice to each side of a news story.

Ravish deliberately abjured this conventional wisdom. He wanted to tell the stories of those who appear as the nameless vox populi - the construction worker, the homeless widow, children waiting for a mid-day meal in a village school, the butcher, the baker and the candlestick maker. But he wanted them to have names, to be identified as individual citizens whose daily struggles are as important to democracy as are headlines about new bills in parliament. Ravish decided to make these invisible people visible to our everyday experience. Ravish knows that their stories cannot be told in a 'balanced' manner because the protagonists feature low on the scale of power. The truth about the powerless can only be told by giving them an unfettered one-sided voice. 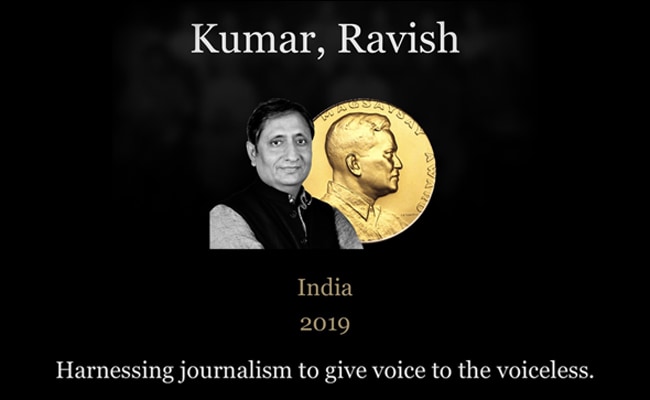 Ravish Kumar has been honoured with the 2019 Ramon Magsaysay Award

There is a third crucial strand in what makes Ravish Kumar different from other journalists on television. He continues to closely follow new developments in academic research. He reads difficult scholarly works every single day, not just to build his own knowledge but to translate them into a popular language and inform the average viewer. This is a crucial task that virtually no one else performs on Indian television. Academics work on new ideas and develop new ways to look at the world. New research often dispels common beliefs and prejudices. But the cloistered world of academia has developed its own technical language, difficult to penetrate for the untrained. By performing the difficult task of popularising new research, Ravish fights the banality of daily common-sense.

For a significant part of his career, Ravish has been a hero of India's television news viewers. It is difficult to go out with him in public without being caught in a mob of fans, trying to shake him by the hand or trying to click selfies with him. But for a long time, Ravish's peers did not take him seriously. They considered him to be an 'off-beat' reporter who didn't have a sense for what is termed 'hard news'. Ravish called them 'Lutyens Journalists' - people who believed that the only valid subject of news-gathering is the operation of political power.

Yet, those in power were never bothered by these so-called political reporters. It was Ravish Kumar's 'off-beat' stories that made them uncomfortable. He managed to touch a raw nerve by speaking truth about how power actually operates by insidiously entering the bloodstream of society. It made him the darling of those who were unhappy with the government. This was especially true between 2011 and 2014, when Ravish was exposing how the UPA government's flagship programmes were failing on the ground. 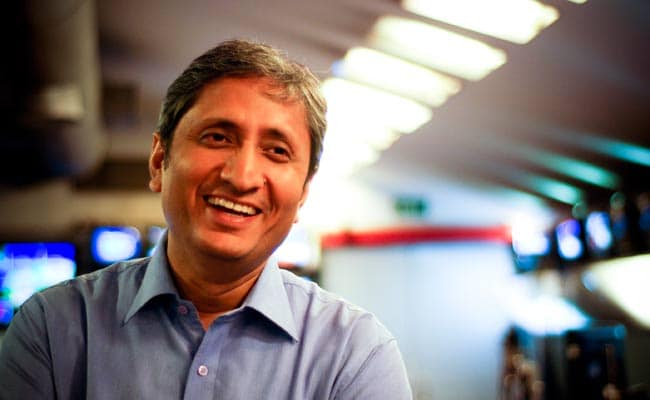 Things changed dangerously once the UPA fell. The same people who professed their admiration for Ravish on social media began calling him an anti-national because he was now questioning the government they backed. It began with crude, merciless trolling, degenerated into abusive phone-calls and culminated in open death threats, not just to him but also his family.

Anyone else would have buckled under pressure, softened their stance or just walked away from the limelight. Ravish did not. He took his detractors head-on and continued to run his nightly show as a platform for dissent. The only difference is that he is now, virtually, a lone voice. Everywhere else, television news has turned into an extended arm of the state. In these difficult times, Ravish Kumar continues to tell stories of struggles and defiance. He is today a weapon of the weak.