India Inc Has To Speak Up To Save The Economy

India's abysmal GDP data is out and the Modi Sarkar's spin doctors are busy crunching numbers to giving it a rosier hue. They claim that if it hadn't been for seven days of the lockdown taking place in March, our GDP growth would have been a whole percentage point more than the 4.2 percent reported on Friday. Of course, there is some truth to this. We had only 84 days of full output in the last quarter of 2019-20. Even if half the potential income was lost in those seven days, the Q4 GDP would have been 4 percent higher than it turned out to be.

What government-friendly analysts and anchors forget to tell us is that these are provisional GDP estimates. So, to make it apples-to-apples, we need to compare them to last year's provisional estimates. This is especially necessary because the Modi government has repeatedly displayed its penchant for polishing up preliminary data to make it look healthier than the reality warrants. Provisional GDP figures for 2018-19 published last year were 0.7 percent more than the revised figures released now. Provisional quarterly data for 2019-20 was revised downwards by 0.4-1.4 percent in later releases. Similarly, the fiscal deficit estimate for last year has gone up from 3.8 percent published in this year's budget papers to 4.8 percent.

So, let us make two adjustments to the latest GDP numbers -  inflate Q4 GDP data to account for work lost and then compare it to last year's provisional data instead of the revised numbers published now. This yields a GDP growth of 4.5 percent, higher than the 4.2 percent everyone is talking about, but much lower than the 5.2 percent that regime-backing pundits claim. In other words, India's economy was already riddled with co-morbidities well before Covid-19 arrived to ravage it.

The GDP data reflected partial impact of the COVID-19 lockdown on manufacturing and services.

Now let us unpack the data, using the official numbers announced on Friday. Narendra Modi came to power on the promise of reigniting India's animal spirits. Maximum governance and minimum government were meant to create a conducive environment for private enterprise. How has the private part of India's economy fared in 2019-20? One proxy is to look at expenditure excluding government consumption. That has grown by just 3.3 percent. Another way to look at value added by the private sector is to remove a few elements that fall in the government's domain from the total GVA (Gross Value Added) in the economy. One can safely remove the entire category of 'Public Administration, Defence & Other Services' and half of 'Electricity, Gas, Water Supply & Other Utilities', since these largely come under the government sector. Excluding these, value added grew by just 3 percent.

Manufacturing, which includes the public sector, grew by a measly 0.03 percent. Construction, the biggest employer outside agriculture, grew by 1.3 percent. Finance, real estate, professional services, trade, hotels, transport, communication and broadcast services - which provide the largest chunk of middle class employment - grew by just 4.1 percent. Gross Fixed Capital Formation, which can be used as a proxy for capital investment in the economy, shrunk by 2.8 percent. Since this includes government investment, which would have shown some growth, private capital investment must have shrunk even more.

The only double-digit growth was seen in segments that have do with the government. Value added in Public Administration, Defence and Other Services went up by 10 percent. On the expenditure side, Government Final Consumption Expenditure increased by 11.8 percent. As a proportion of GDP, too, government consumption has risen from 10.6 percent in 2018-19 to 11.3 percent in 2019-20. In other words, the private part of the economy has shrunk as a proportion of the country's GDP.

This is not new. Over the past few years, economists have been pointing to the growing dependence of the economy on government consumption and the problem of shrinking capital investment. One would have imagined that the Modi government would respond to this by increasing subsidies and reducing taxes to put more money in the hands of consumers and to incentivise investment. However, net taxes on products have actually grown by 7.3 percent in 2019-20 compared to the previous year. As a proportion of GDP, net taxes have risen to 9.8 percent in 2019-20, from 9.7 percent the previous year. Remember that this has happened in spite of the loss of tax revenue caused by the lockdown at the end of March. 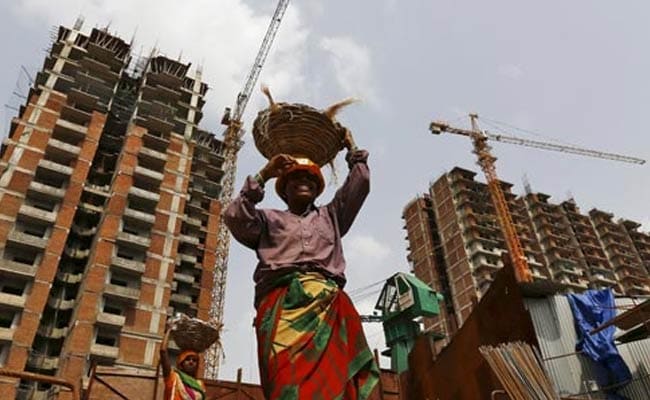 Construction, the biggest employer outside agriculture, grew by 1.3 percent.

The latest fiscal deficit data, which pegs it (the deficit) at 4.8 percent of GDP in 2019-20, tells us that the Modi government did spend more than it had budgeted for. But that spending has failed to kickstart the investment or consumption cycle. It tells us that this government has no clue on how to run the economy, with or without Covid-19. Its ad hoc response to the coronavirus and the ill-planned lockdown shows that it will be futile to hope for a proactive economic response to the coming recession.

The question is: why is India Inc still silent? It spoke up during the policy paralysis years of UPAII. The economy is doing much worse now, but the government faces no pressure from captains of industry. This has to change if India's economy is to be saved. Corporates hold the key to the finances of national media. In many cases, they control national media outlets directly. They need to back those who are raising questions, and stop backing voices who act as government spokespersons.

Asking questions of our rulers isn't only about protecting civil rights. It is equally necessary to ensure our livelihoods are not affected by arbitrary and amateurish economic fiats.