Doctor Anitha, She Was Teased. A Dream Run Ends In Tragedy

Not the EPS-OPS Vs TTK-Sasikala wrangle, not the farmers issue, not even what Kamal Haasan and Rajinikanth said, it is Anitha who has become the top headline, creating a huge social and political uproar in Tamil Nadu.

Anitha was a 17-year-old from  a poor Dalit family in the Ariyalur district of Tamil Nadu, about 300 kms from Chennai. Almost like one of those dream run stories, the daughter of a daily wage labourer fought all odds to be a meritorious topper throughout school.

She dreamt of becoming a doctor. So much so that her relatives say they would call her Dr Anitha.

But it was as though a quake hit her dreams when it was announced this month that admissions to medical colleges in Tamil Nadu would be based on a national common entrance exam or "NEET", as ordered by the Supreme Court, and not Class 12 results.

Anitha had fought NEET in the Supreme Court, impleading herself in the case, arguing that poor students like her could not afford the sort of expensive coaching classes that are needed and frequented by richer students in urban areas. These tuition classes are seen as necessary to crack entrance exams like NEET or the engineering equivalent which is called JEE, in part because the questions can be tough for students who attended state board schools. The common exam, critics say, is tilted towards students from CBSE or central school boards.

'I wrote the NEET exam thinking it can't be very different from my 12th class syllabus but I found it extremely difficult and did not score well,'' Anitha said in an interview outside the Supreme Court to News18 Tamil channel.

After the top court ordered on August 22 that Tamil Nadu would not get the exemption from NEET that it sought for this year and most start admissions for the new academic year based on the entrance exam, Anitha seemed dejected but reconciled.

''My dream is broken. But I will probably join the Agriculture stream and work for farmers,'' Anitha said to a Tamil channel.

Yesterday, Anitha was found hanging in her home. Her death has stirred an overwhelmingly emotional, angry and sad reaction across Tamil Nadu.

Protests by students and political groups are now blaming  the state government and the Centre  for raising hopes and making false promises, only to disappoint tens of thousands of students. This is because the Centre had encouraged the state government to use an executive order or ordinance to shelve NEET for this year. But in a turnaround at the last minute, the Centre told the Supreme Court it would not back this move.

''It is not suicide, it is a murder,'' actor Parthiban wrote in a Facebook post, that exhorted all to join the '"youth"protest.

So will this turn into the sort of uprising of students that saw huge crowds gathered for days on Chennai's famous Marina Beach to fight a ban on the bullfighting sport of jallikattu in January this year.

While it is clear that Anitha's death will be used politically to target the EPS-OPS government in Tamil Nadu and also the BJP at the Centre, it is unlikely to change anything for students like Anitha.

Already, protests across Tamil Nadu are juxtaposing the dreams of a brilliant and hardworking young girl with what they say is incompetence of the state government and the callousness of the Centre. The ever emotive issue of her caste as a Dalit cannot be ignored. Critics of NEET say this is why they have been challenging the exam - it prevents dedicated young students from overcoming the vast limits of under-privilege through hard work and talent.   Anitha would often say that her father worked carrying sacks, as a labourer, and supported her education. Anitha's mother died when she was still very young. Their home did not even have a toilet.

NEET, critics said, negates attempts at or the possibility of social inclusiveness. 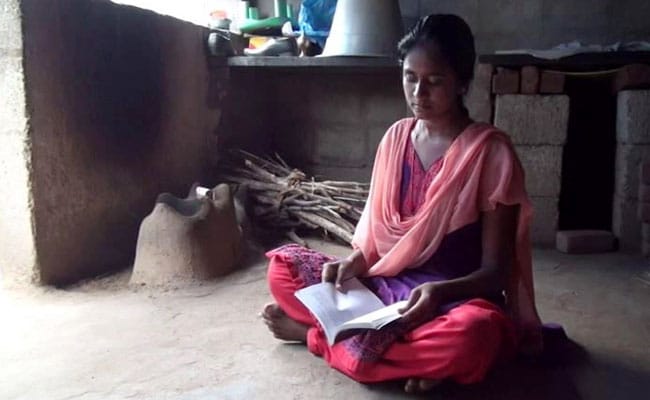 Questions are being raised now  about who funded and backed Anitha's trips to Delhi, how she got to the Supreme Court, whether there was a political lobby, vested interests in the field of medical education or an NGO that backed Anitha covertly.

Those arguing for NEET say standardisation is essential and the exam allows this. They also say that with 85 per cent of seats in Tamil Nadu's 40 medical colleges reserved for state residents  even under NEET,  the students are largely competing among themselves and not with someone from another city, state or board.

They also say medical education and standards should not be compromised at the altar of social inclusiveness.

''What standards are they talking about?'' The other side says that Tamil Nadu has one of the best healthcare systems in the country and a system that depended on Class 12 results from within the state has not led to a dumbing down of the caliber of those who qualify for medical colleges.

It is  possible that the impact of the medical admissions policy of Tamil Nadu including the doing away of its own local entrance exams in the last decade may start showing in the next few years.

But it is also possible that having diverse representation in the medical fraternity, medical caregivers from deprived backgrounds, will bring in more empathy and sensitivity to the poorest who access public health care. I strongly feel there is a valid case there.

As long as the system of selection is fair and transparent, state governments should be allowed to decide at least how they will fill their quota of seats based on their assessment of what is needed.

A senior officer from Tamil Nadu pointed that when admission is based on competitive exams, those who qualify tend to be totally urban based. When states like Rajasthan or Bihar do well, it is not because they have better standards of education but because of a coaching class culture like in the case of Kota.

Having gone down that road and realising the perils of what kind of pressure and impact it has on students, should teach us some lessons. We neither want a Kota nor an Anitha.

Promoted
Listen to the latest songs, only on JioSaavn.com
(Uma Sudhir is Executive Editor, NDTV)