After Seeing Moscow, I Understand Why FIFA Gave The World Cup To Russia

I'll admit it: The thought of working and living in Moscow for almost six weeks conjured thoughts of being tossed back in time or dropped onto a set of "The Americans."

Gray and unfriendly. Barren food shelves and shadowy figures. The joy and passion of the World Cup doused by Russian gloom.

What were you thinking, FIFA? What was I thinking?

I was wrong. Moscow is the vibrant heart of this soccer celebration, welcoming tens of thousands of visitors - every last one, it seems, stroll the Red Square area as if it were an ocean boardwalk - and inviting outsiders to a world they've probably never seen.

Languages mix like ingredients in a hearty bowl of borscht: Russian and English, German and French, Japanese and Korean, Portuguese and Spanish. The common bond: a love of football/soccer and a love of life. 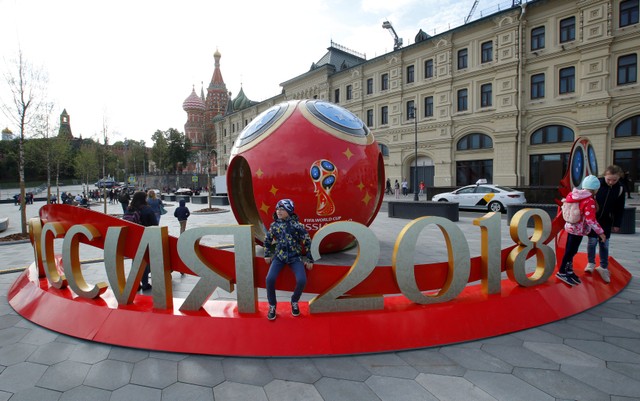 Aside from who is going to win the World Cup, the question I receive the most from people back home is: What's it really like in Russia?

I can't speak about the other 10 host cities (though I will hit St. Petersburg later this week) or the country at large. I'm sure remote cities and rural areas are strikingly different and less prosperous. I'm not going to pretend to be a Russian expert after nine days in country.

At times, I have had trouble reconciling the wonders of the city and the actions of the Putin government. Perhaps visitors to America also confront dueling feelings; I don't know. What I do know is you can appreciate history and engage in a new culture while remaining cognizant of world affairs and concerned about injustice and cruelty.

And so a new adventure has commenced. Moscow looks and feels like any major European city, except with Soviet-era relics: white- and blue-collar workers packing subway trains on a Monday morning, teenagers in western brands live-streaming an acoustic band performing on a pedestrian road, open-air cafes serving coffee and pastries.

There are burger shops, sushi restaurants and Irish bars. (Every city on the planet has an Irish bar, right?) Uber works, though with a smaller fleet of drivers than Yandex, the Russian ride-hailing giant. Apple Pay is common. 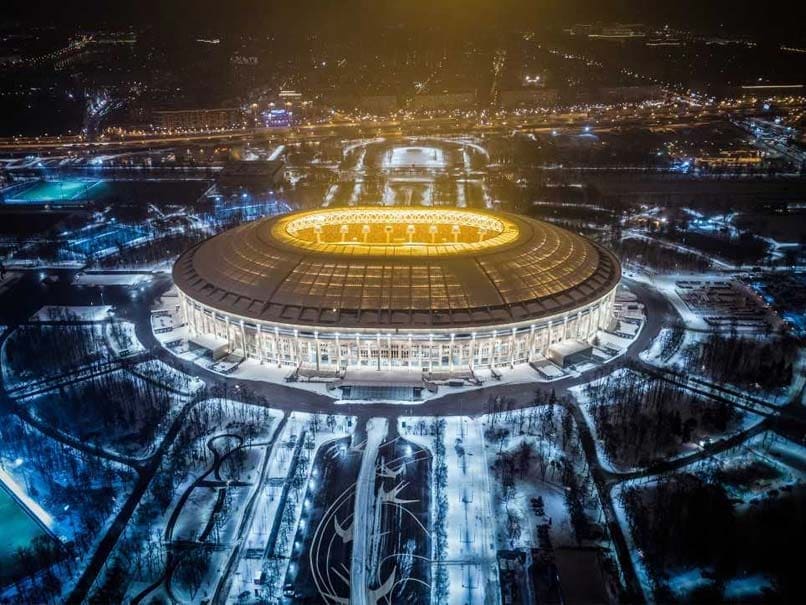 In an expensive city like Moscow, price-gouging during a major event has exacerbated the cost of housing. (AFP)

There are European sports cars and Japanese-made sedans, but not many U.S. brands. There is an English-language news outlet (Moscow Times) and public high-speed wireless, though it's best to choose your connection wisely and use a virtual private network.

There are lovely parks and signs of decay, world-class museums and industry. Georgian food is an undiscovered wonder. The Moscow River snakes through the city. The Metro system (the big red M is everywhere) has 13 lines, 245 stations, 227 miles of service and ornate decor fit for a private collection. An employee sits in a glass booth at the bottom of many escalators, some of which are so deep and long, you can't see the other end.

Every ride is the same cost, regardless of distance (less than a dollar). Wireless service is accessible deep underground and newer cars offer USB outlets. (Are you listening, WMATA?)

Still, it's not always easy being here. In an expensive city, price-gouging during a major event has exacerbated the cost of housing. That happens at every World Cup. Traffic clogs arteries and neighborhood streets alike.

Communication is difficult; English is not as prevalent as in most major cities. Russian is hard and reading Cyrillic is like trying to decode a Cold War message. English signage and announcements in Metro stations guide visitors, but there are barren spots that spark moments of panic. 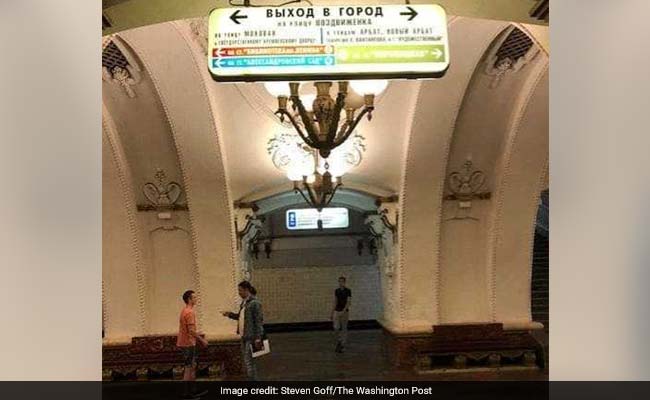 You think you have trouble operating your TV and cable system at home? Try doing it with Cyrillic instructions.

I'm confronting more daily obstacles than usual on World Cup assignment because, unlike my previous soccer journeys over 24 years, I have bypassed, for the bulk of the tournament, a hotel's comfort and support. I rented an apartment.

It sits near the historic Arbat District, a pedestrian street lined with rowdy bars and souvenir shops running parallel to a breakneck, six-lane street shadowed by high rises lit in World Cup colors and logos. Two miles from Red Square, this is perhaps Moscow's Times Square.

My building, probably built in the 1970s, is dreary on the outside, functional and renovated inside. I'm saving money on not only the nightly rate but on laundry services. (Twenty dollars for five pair of socks? Love ya, Marriott, but . . .) I've got a pint-size washing machine and a drying rack erected near sun-splashed windows.

One late night, when the side-loading appliance got stuck on one cycle for hours and began filling with water, I began to panic; I'm going to Russian prison for flooding an apartment building. The next day, a repairman came by. Crisis averted.

On the ground floor, there's a French cafe with special-edition torts featuring green frosting and a silhouette of a soccer player.

Next door, a restaurant trying to appeal to American male visitors advertises "2 Beers Bud with a Double Sandwich New York for Men Only." I went with the veggie wrap and mango lemonade garnished with a chile pepper.

Groceries are available near the British Embassy (and Sherlock Holmes statue) at an upscale chain called Azbuka Vkusa, which is Russian for "Our produce is as beautiful as your Whole Foods's but for twice as many rubles!"

Shoppers earn unofficial World Cup trading cards manufactured by a company called Top Trumps. Just in time for the Fourth of July, one can purchase "The Original BBQ Marshmallows," packaged in a bag adorned with a U.S. flag and Mount Rushmore.

The busy commercial stretch is the source of debauchery as soccer fans of diverse backgrounds converge nightly. The crowds disperse when the sun begins to rise, which, at this time of year in a northern city, is at 3:43 a.m. (In St. Petersburg, it's 10 minutes earlier.)

On Friday, Sports Illustrated's Brian Straus and I watched the Spain-Portugal match on a screen the size of a former Soviet republic. It hung inside an upscale nightclub/music hall converted into a viewing venue. We sat with two Mexican fans dressed in green.

With each of the six goals, dance lights were activated, causing temporary blindness. Before kickoff, patrons had been greeted by five orange, wookiee-like characters. They were accompanied by a witch. It was terrifying.

Down the way, near the Burger King, sits the Museum of Death. I must visit.

(Steven Goff has covered soccer for The Washington Post since the early 1990s. His beats include D.C. United, MLS and the U.S. national teams. He has been on assignment at every World Cup since 1994, plus four Women's World Cups.)

(This story has not been edited by NDTV staff and is auto-generated from a syndicated feed.)
Comments
FIFA World Cup 2018MoscowRussia FIFA 2018