Don't Look Back In Anger: Running To Keep Manchester United

It's bank holiday weekend and on the streets of Manchester this Sunday there's a buzz in the air. We make our way to the city centre, past young families with children clutching balloons, past fitness freaks in neon sneakers with Fitbits strapped to their wrists and elderly churchgoers returning from service. An enterprising salesman has set up a stall selling vintage LPs at bargain prices, an absolute steal for music buffs in this culture loving city. The ubiquitous Lotto lottery sign on pavements enticingly holds out the promise of disproportionate wealth. The chance of winning a million-pound- jackpot is one in 139 million, says a daily newspaper. I wonder what the chances were of being killed at a music concert - improbable but not impossible, as the loved ones of 22 numbered lives fatally found out this week.

This is no ordinary Sunday and today's Great Manchester Run is no ordinary marathon. Each one here has defied the severe threat warning called after the concert carnage and is here to display the famed Northern grit. It's a gamble they are willing to wager to keep the spirit of this inclusive, historic, shaken city aloft. 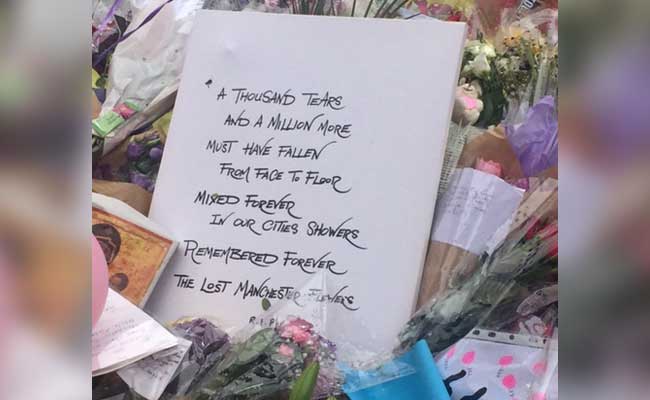 They spill out on the streets - thousands of runners, their tees displaying the causes they are fighting for. Running for Alzheimer's, running for cervical cancer, running for dementia, running for teenage diabetes, running for whatever threatens to tear families and lives apart. But the cause of causes today is to beat the wave of despair, anger and fear triggered by a killer from hell with a backpack who targeted concert goers at the Manchester arena foyer on May 22.

So they run, the marathon runners, past police vehicles and gun toting cops. Past souvenir shops and flags that defiantly say "I Heart Manchester". They run to the beat of 'Don't look back in anger', a song by Oasis, that's become like a post attack anthem. Thousands running together to beat the wave of angst that has coursed through the streets of this mortally wounded city. Running to keep the peace. Running to keep Manchester united. 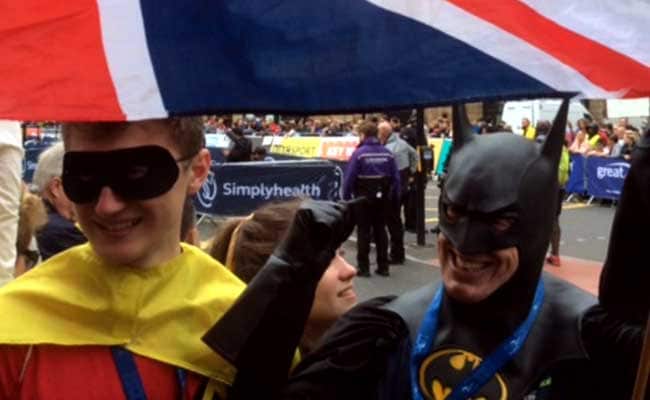 The buzz is incredible as Manchester puts on a brave face. We walk past cyclists snaking through the streets, runners wrapped in silver capes who've finished the smaller races walk with an air of triumph, enthusiasts dressed like Batman and Robin wave the Union Jack defiantly and for a few moments the cool breeze seems to pacify the anger stoked by the mass murderer.We turn into St Ann's square and suddenly there's a deafening, funereal silence. Manchester, by a sea of flowers. Near St Ann's church a carpet of bouquets, candles and stuffed toys, an aching reminder of the lives senselessly snuffed out by hatred. There are hundreds of people circling this people's memorial but all you can hear is an unspoken grief and the sound of hundreds of heart shaped balloons gently flapping in the breeze. 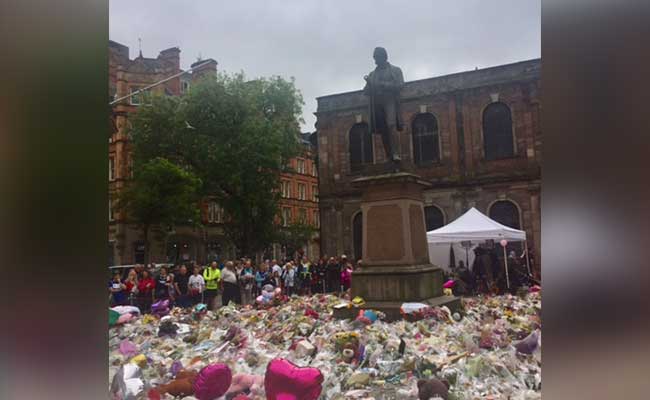 A photo of the youngest victim of the carnage is guarded by a tiny stuffed Winnie the Pooh. Would eight-year-old Saffie Rouse Roussos have known what R.I.P means? The smiling photo of 15-year-old Olivia Campbell flaps in the breeze - sing with the angels, reads the inscription. All she wanted was to sing with her idol Ariana Grande.

Chloe and Liam, teenaged sweethearts who loved till death, masquerading as a suicide bomber, did them apart. Love, not hate reads a pink balloon next to their pictures. Victims come in all ages here - a mother killed as she waited for her daughter after the concert. Parents killed, leaving orphans behind. An aunt killed in the line of duty, protecting her niece from terror. 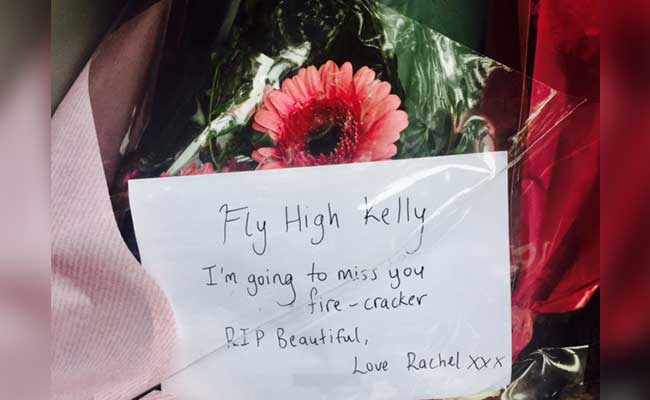 The tears of strangers flow into the sea of flowers at St Ann's Square. Manchester is united - in grief, in anger, in disbelief. Little children, too young to fathom this sea of flowers and teddy bears, look up at the balloons flapping in the air. 'Fly high Kelly' reads one tribute. 'I'm going to miss you firecracker'.

A busker strums a soulful song as little children write their tributes on the pavement with chalk. We make our way back to the sea of marathon runners. A man dressed as Batman is standing in front of me cheering on the sprinters.... If only a superhero could have saved the day at the concert.

Promoted
Listen to the latest songs, only on JioSaavn.com
(Gauri Datta Gupta is Executive Editor, Assignment with NDTV 24x7)