Blog: After Flying To Delhi, I Lost My Father In Delhi's Second Wave

I woke up feeling very uneasy and glanced over at the clock - it was 1:30 AM on May 15 in New Delhi, India. Nothing seemed out of the ordinary - yet, why did I feel so uneasy? I had a drink of water and returned to my bed. I wondered if there would be some positive news in the morning.

The prior month, both my parents had contracted COVID-19 around the time they got the second dose of Covishield. While my mother recovered in a few days, my father did not fare as well and was eventually admitted to Fortis. He was soon put on the BiPAP machine and on May 9, he was put on a ventilator due to falling SpO2 levels. Upon hearing the news, I decided to head from Los Angeles, where I live, to India despite trepidation among my well-wishers. I could not let my mother face this trying time alone and managed to travel to India. My father had tested COVID negative a couple of days before the doctors put him on the ventilator. I would thus be able to visit him during visiting hours.

In the morning, my mother and I headed to the hospital, in time to arrive during visiting hours. Since they would only allow one visitor to go into the ICU at any given time, my mother told me to go in first. My mother had told me that my father's bed was situated opposite the entrance to the ICU. I entered the ICU and walked over to the bed facing the entrance door. I looked over at the patient in the bed and it struck me that he was not my father. Had they moved him to another location? I slowly walked around the ICU, checking out the patient in each bed. Where was he? One of the attending nurses noticed my confusion and came over to help me. I asked her whether my father had been shifted to another location. She requested his name - and then confirmed that my father was indeed the patient in the first bed. I was taken aback and returned to that bed. The patient in the bed had his eyes covered with a bandage. Two tubes were running into his mouth. Over the hum of the ventilator, I gradually realized that it was indeed my father, sedated, being fed the oxygen from the ventilator. I stood there for a while, staring at the machine keeping him alive, and then slowly walked out. 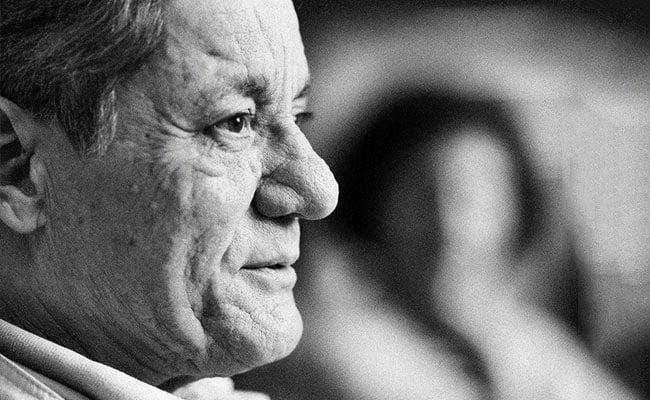 Our family's favourite photograph of my father

Over the next three days, we visited my father daily during visitation hours. On the fourth day, we made our way from the waiting room towards the ICU. As we approached the security guard to sign-in, another guard cordoned off the area, and informed all visitors that there would be a delay in entry as a "procedure" was being performed on one of the patients. For some reason, I just knew the procedure was being done on my father. A few minutes later, we were requested to proceed to the ICU. As we approached the entrance, the doctor in charge of my father gave us the news - my father had just passed away due to cardiac arrest.

After what seemed like an eternity, we were allowed to enter the ICU and see my father for one last time. My mother and I approached the lifeless body of my father, and for the first time, it dawned on us that he was really gone - his eyes open, staring into space, his mouth slightly ajar. Without the tubes and bandages, I was finally able to recognize him. The ventilator that had been humming away for the past few days, now switched off. It just seemed so silent. So surreal.

After spending a few minutes by my father's side, I realized that I had to make his funeral arrangements - crematoriums had several hours long waiting lists due to the pandemic, and the consequent staggering number of COVID-related deaths. My mother's cousin had found a crematorium willing to cremate my father the same day, if we could produce the COVID negative certificate for him. Armed with the certificate, we arranged for an ambulance to transport my father's body from the hospital mortuary to the crematorium. We arrived at the crematorium an hour and a half before sunset, and after carrying out the last rites, placed my father's body on the funeral pyre. A few additional prayers later, the priest handed me the flaming torch to light the pyre. We waited for some time until the flames had enveloped the pyre completely and then headed home. 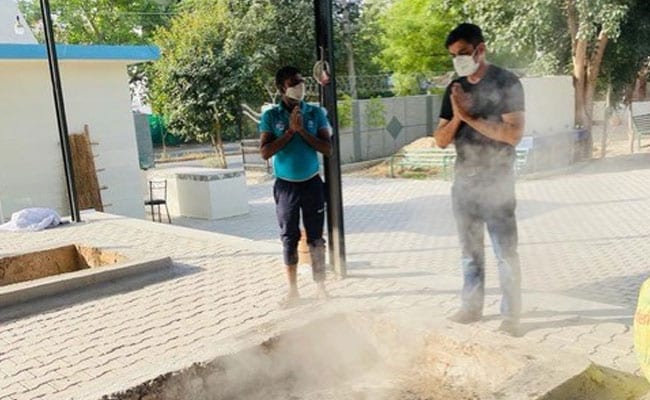 We returned to my parents' house a little before sunset. As I entered my parents' room to drop off the keys, I glanced upon the little puja table that contained all the idols my father worshipped every morning. I couldn't help but wonder - where are these Gods? The ones that my father prayed to daily. The ones for whom he fasted every Tuesday, for the past 30 plus years. The ones whose names he would utter multiple times a day. How could they allow this to happen to him? But then it also dawned on me how fortunate we were - that my father was able to get a bed and a ventilator at a time when there were people dying on the streets due to paucity of oxygen; that he was fully sedated when he passed and thus hopefully, experienced no pain; that he was COVID negative at the time of his passing, allowing us to cremate him with dignity.

I looked outside the kitchen window. In the distance, I could see our area's security guards talking to each other. A couple wearing masks and laughing loudly hurried past our house. That old white stray dog that my father had fed every single day for so many years looked up towards our house, yawned, and lay back on the ground. Life carries on.

(Nikhil Shahi was born and raised in New Delhi, India. He currently lives in Los Angeles, USA, where he pursues a career in Finance and Photography.)