Bengaluru airport fee will be applicable for tickets bought between April 16 and August 15 and the fee will revert to the previous rates (Rs 139 and Rs 558) from August 16. 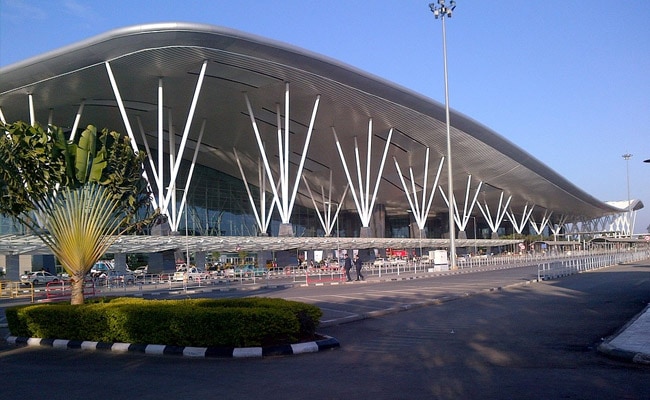 The revised user fee at Bengaluru airport will be used to fund expansion.

The user development fee (UDF) on every passenger at the Kempegowda international airport has been hiked 120 per cent and now will be Rs 306 for domestic departures and Rs 1,226 for international departures from Tuesday, its operator said on Monday.

"The UDF has been revised to Rs 306 from Rs 139 for domestic departures and to Rs 1,226 from Rs 558 for international departures on every passenger flying out of Bengaluru from April 16," the Bangalore International Airport Ltd (BIAL) said in a statement.

The steep revision is based on the Airport Economic Regulatory Authority's (AERA) April 4 order after the Telecom Disputes Settlement and Appellate Tribunal's ruling of March 14, allowing the operator to collect revised fee for four months from April 16 to August 15.

"The revised fee will be applicable for tickets bought between April 16 and August 15 and the fee will revert to the previous rates (Rs 139 and Rs 558) from August 16," the statement said.

The revised fee will be used to fund the airport's expansion.

"The increase in charges will provide us relief, as we are in the midst of Rs 13,000 crore capacity expansion to cater to the growth of the aviation sector in the country," BIAL Chief Executive Hari Marar said.

The airport is the country's first greenfield project, built by a public-private consortium of the Central and Karnataka governments, Fairfax and Siemens Projects.

Fairfax and Siemens hold 54 and 20 per cent equity respectively, while the Central and state governments hold 13 per cent each.

As the country's third largest after New Delhi and Mumbai, the 10-year-old airport handled 27 million passengers in fiscal 2017-18, with about 640 passenger and cargo aircraft movements on an average daily.