Nearly 35 stores have closed down in Bengaluru's Brigade Road, with an estimated loss of Rs 200 crores in the last 12 months. 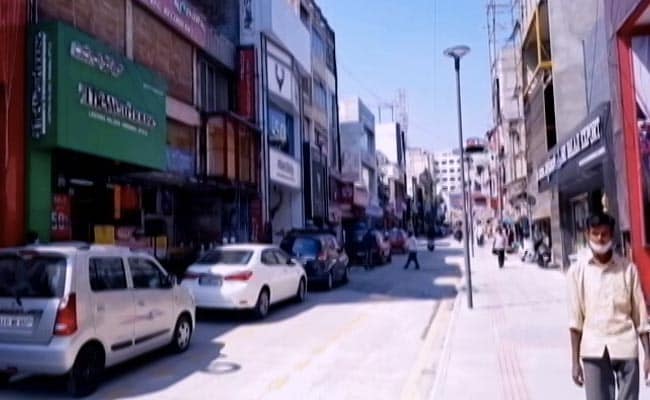 In Bengaluru's popular commercial hubs, many stores have closed down in the last 7 months.

Commercial Street is one of biggest commercial hubs in Bengaluru in Karnataka. The 550 metre stretch, which hosts about 489 shops and was once bustling with crowd, now has a very low footfall.

According to an estimate by the Commercial Street Association, shopkeepers in the area have incurred a loss of nearly Rs 400 crore in the last one year.

"A lot of small time shops closed down. But then, there were bigger brands or those who had the sustaining power grabbed these opportunities," says Sanjay Motwani, President of the Commercial Street Association.

Yet another popular shopping spot in the city is the Brigade Road. Many stores have been vacated in the last 7 months. The 400-metre stretch that used to host about 125 stores has seen nearly 35 stores shutting shop, with an estimated loss of Rs 200 crores in the last 12 months.

"We have lost anywhere between Rs 250-300 crores. Big retail stores which have been in business here since 1900 have shut down. Anybody who comes here and opens a business will surely shut shop in six month, due to lack to footfall," says Suhail Yusuf, Secretary of the Brigade Road association.

It's a mixed response in terms of retail business in Bengaluru. While several bigger brands have taken over independent shops, stores hosted by bigger brands on Brigade Road have shut shop owing to expensive rents and lack of footfall. The shopkeepers of mom and pop stores that have taken a severe beating, hope to make a comeback at these commercial hubs once the pandemic ends.