Protests In Bengaluru Over Schoolgirl's Rape Allegedly By Her Senior 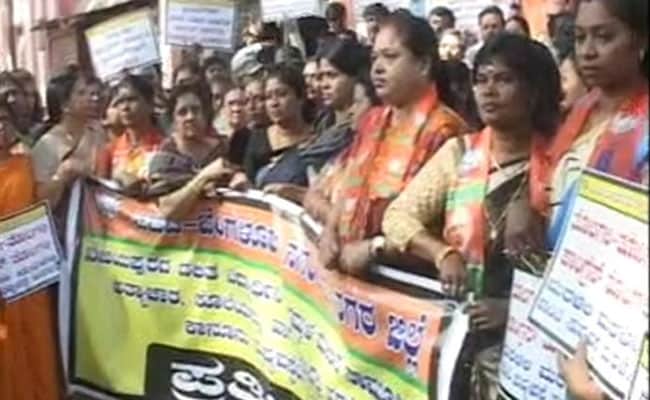 Bengaluru: The alleged rape and murder of a young girl in Vijayapura in north Karnataka saw protests by the BJP in Bengaluru on Friday.

The 17-year old dalit girl was reportedly taken away by two men on a motorcycle on her way back home from school. The girl's body was found on Tuesday.

"Karnataka has become rape city. A girl was kidnapped and raped by 5 men while she was returning home. This is the worst condition of law and order in Karnataka. This is a shame to the Congress party. Shame to the CM," BJP leader and former home minister, R Ashok said.

Karnataka Chief Minister, Siddaramaiah had ordered a CID probe into the death.

Police have registered a case of rape and murder and said to have identified the main accused as a senior in the same school. Three people are in police custody but the main accused has not been arrested so far.

Promoted
Listen to the latest songs, only on JioSaavn.com
The incident has led to tension in some areas there for the past three days. Many dalit and progressive organisations across Karnataka staged protests demanding the immediate arrest of the accused.