On Video, Karnataka Woman Tied To Pole, Harassed For Not Repaying Loan

The woman owed Rs 50,000 to some people. Unable to repay the money, she was tied to a pole in Bengaluru. 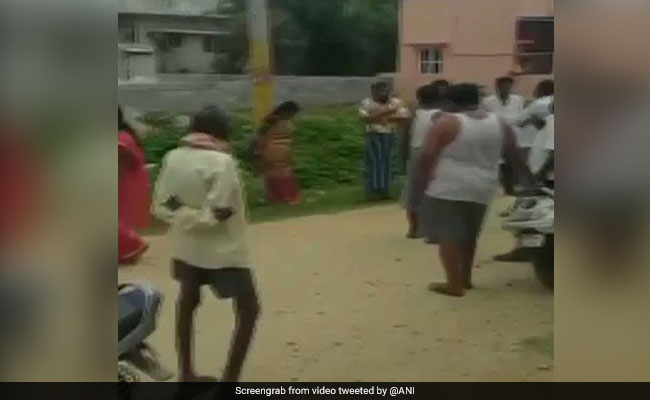 For tying the woman to the pole and harassing her, Karnataka police arrested 7 people.

In a video that has surfaced online, a Karnataka woman, in her 30s, is seen helplessly tied to the pole with onlookers saying, "beat her up with slippers and brooms".

Rajamani, who lives in Chamarajanagar district's Kollegal area, runs a small hotel and a chit-fund business in Bengaluru.

She reportedly owed Rs 50,000 to some people. Unable to repay the money, she was tied to a pole in Kodigehalli and allegedly asked to return the money, reports news agency ANI.

#WATCH A woman was tied to a pole in Kodigehalli, Bengaluru, yesterday, allegedly for not repaying a loan she took. Police have arrested 7 people in connection with the incident. #Karnatakapic.twitter.com/jpwX3Cr0Gu

For the harassment she faced, Karnataka police arrested seven people.

Bangalore stadium remains littered thanks to fight over IPL passes