"We will selectively deploy female mannequins dressed as policewomen at places where they can be used," Bengaluru police chief Bhaskar Rao told IANS. 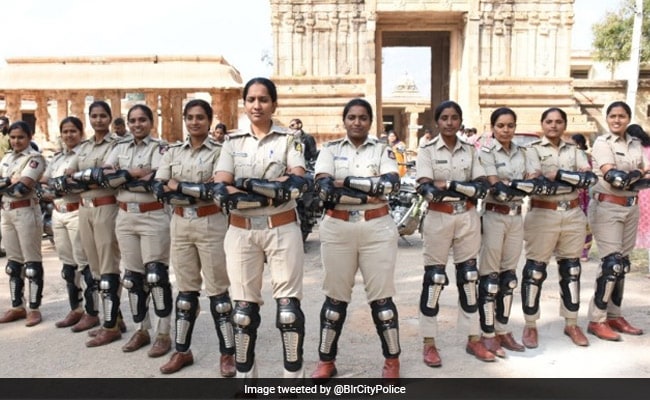 Female mannequins dressed as policewomen will soon be deployed at places frequented by women in Bengaluru, a police officer said on Tuesday.

"We will selectively deploy female mannequins dressed as policewomen at places where they can be used," Bengaluru police chief Bhaskar Rao told IANS.

Mr Rao said the mannequins will not be a permanent fixture at a given place but will be rotated regularly.

"I have planted the idea. The officers will take care of the rest," said the commissioner.

Mr Rao said people in general obey laws only when they see a policeman, necessitating the mode of hide-and-seek mannequin deployment.

He did not give the specific number of such mannequins, but said that his junior officers will do the needful of identifying the quantity of mannequins required and the junctions to deploy them.

Interestingly, a model of the female mannequin is already displayed at the commissioner's office in the city.

Bengaluru Police had pioneered the mannequin traffic police concept a few months ago.