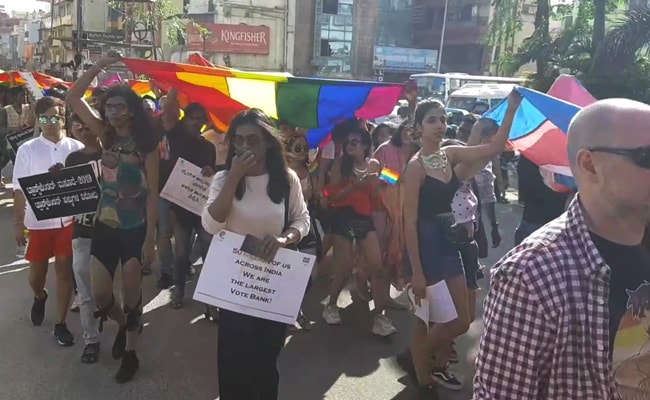 It was a hot November afternoon but that did not hit the spirits of hundreds of people from participating in Bengaluru's Pride March or Namma Pride on Sunday.

Members of the lesbian, gay, bisexual, trans, queer (LGBTQ) community and their supporters participated in the 12th annual Pride March from Tulsi Park to the Town Hall.

The colourful procession that made its way through the streets saw revellers' painting the city in rainbow shades along with banners and posters, thereby, spreading the message of acceptance and celebration of diversity.

"In Pride Walk we celebrate diversity and acceptance. We show who we are, show our colours," said Vasundhara to NDTV.

Emphasising on the freedom of the community, another participant Malhar said, "It's Namma Pride."

"We are so happy to celebrate being queer. We are telling everybody that it is okay to be queer and we are here," he added. 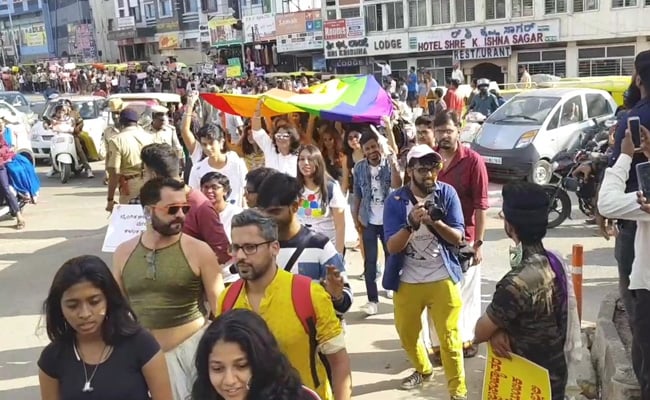 Emphasising on the freedom of the community, a participant Malhar said, "It's Namma Pride."

"It's really amazing. I've never seen something so wholesome. It's a celebration of everybody. It is so inclusive. It is so touching. It is my first pride and it is like nothing I have ever seen before. Love is live. Everyone is free to love everyone and be who you are. Gender doesn't matter," said Aditi who was attending her first Pride Rally.

Another member Kavya on being asked how she was celebrating the day said, "Just by being my beautiful self that I do every day. Be queer, be happy."

Amid the Namma Pride celebrations in the city, a woman participant underlined the fact that Pride happens because we are talking both about resistance and celebration. "We are celebrating because there are so many queer people lesbian, gay, bisexual transgender who are here," she said.

"But we are also protesting against the transgender bill of rights which is actually a draconian Bill. It is supposed to be for transgender rights but it is really invasive and it violates a transgender person's dignity. It is a protest against the heteronormative society that doesn't allow us to live," she further added.