Cracks In Pillar Cause Concern Among Bengaluru Metro Commuters

Metro authorities maintain there is no danger to the pillar near the Trinity Circle and repairs are being carried out to fix the problem. 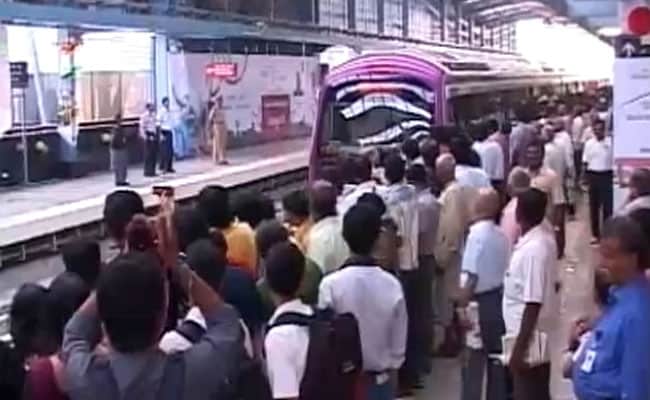 The Bengaluru Metro has been a boon to lakhs of commuters in the traffic-choked city -- but there has been some concern of late over what appeared to be cracks on a pillar on the stretch of Namma Metro on Mahatma Gandhi Road.

Metro authorities maintain there is no danger to the pillar near the Trinity Circle and repairs are being carried out to fix the problem.

Many commuters seemed to be concerned about it. Some others said since the Metro services are continuing they believe it "must be okay."

"I don't think it is really safe for people to travel in the Metro (metro,) if there is actually a crack in the bridge. But if it was like a serious problem, I really think they would have stopped it (services) by now. Since, the Metro is still operating I think it must be okay," Neha, a commuter, told NDTV.

The authorities have assured the public that the cracks haven't weakened the pillar at all.

Yashwanth Chavan, Chief Engineer of the Bengaluru Metro Rail Corporation Ltd or BMRCL, told NDTV: "There is nothing wrong with the pillar... We are trying to do the repair work by making the entire cross beam girder into a complete strong solid beam."

He said the repair work will take some time as it involves "preparation, grouting, curing and again placing it back on the bearings" and this might take 7 to 10 days' time.

"After the testing, once we see that everything is fine we place it back so that it has been rectified," Mr Chavan said.

During a recent routine inspection, a 'honeycomb' or cracking was discovered. Shortly after, a steel platform has been erected, blocking part of the road beneath, so that engineers can carry out tests as a precautionary measure. In a press release the Metro Rail Corporation said, "the affected portion is very small and will not affect overall safety of the structure."

Over three lakh people use the Namma Metro services every day and it is the third largest biggest metro network in the country after Delhi and Hyderabad.