Bengaluru Metro Services On Extended Stretch Of Kanakapura From Tomorrow

The operations from Yelachenahalli towards Anjanapura on Kanakapura had missed many deadlines, though the metro rail infrastructure was in place. 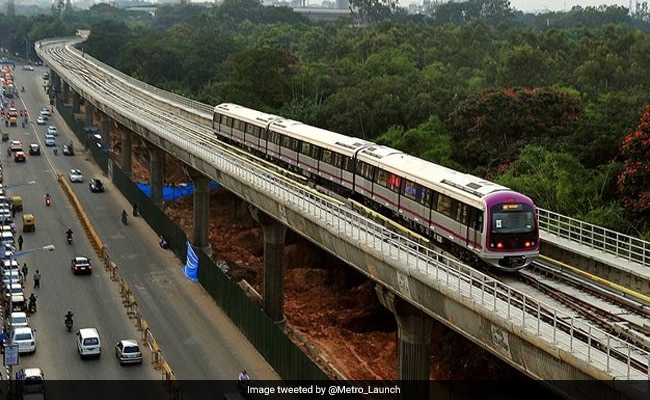 The infrastructure was ready for many months but operations could not start. (Representational)

"After the successful launch of the train service to the Airport, here is one more step towards easing commuting in Bengaluru. Namma Metro's 6 km Yelachenahalli to Silk Institute stretch of the Green Line will be flagged off on January 14," the Chief Minister tweeted.

The operations from Yelachenahalli towards Anjanapura on Kanakapura had missed many deadlines, though the metro rail infrastructure was in place.

The metro rail infrastructure was ready for many months but the operations could not start.

Bangalore Metro Rail Corporation Ltd (BMRCL) officials said the Chief Minister will flag off the train on Thursday, while Minister of State for Housing and Urban Affairs Hardeep Singh Puri will participate in the event virtually.