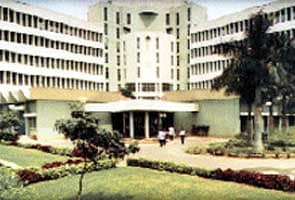 Since 1972, ISRO Sattelite Centre (ISAC) has built more than 50 satellites that cover a wide spectrum of technologies and applications such as TV broadcasting, telecommunications, telemedicine, distance education and radio networking among others, a release said.

Promoted
Listen to the latest songs, only on JioSaavn.com
Chandrayaan-I, India's first moon mission, which made the path breaking discovery of water on the moon and Country's first indigenous all-weather Radar Imaging Satellite (RISAT-1), were built at ISAC, a press release said.

The function will be inaugurated by ISRO Chairman Dr K Radhakrishnan.

A Space Research Facility (SRF) to augment the assembly and integration capabilities and to support special projects of national importance is coming up at Chellakere near Chitradurga, the statement said.

In addition to building communication, remote sensing and space science application satellites, the centre has now embarked on a new programme to build satellites to provide navigation applications like position and timing services for civil aviation and strategic sectors, the statement added.

More than 7 communication satellites, a meteorological satellite, space science missions like Chandrayaan-2, ASTROSAT and Space Capsule Recovery Experiment2 (SRE-2) and a Joint mission with France  SARAL  are under various phases of execution.